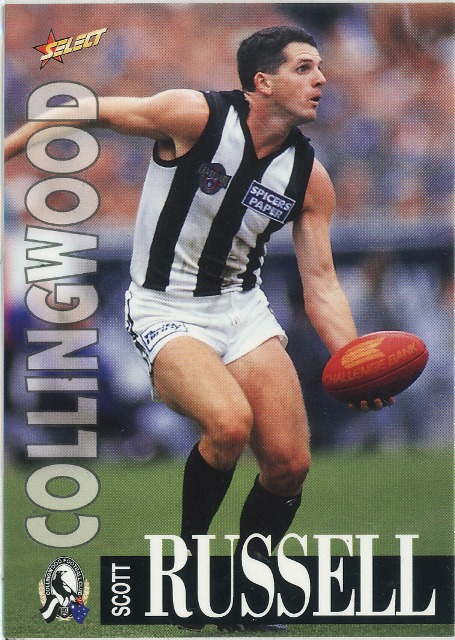 
Scott Russell played with the Carlton U/17's squad in 1986 (refer to team photo below); in that side was also future Fitzroy and Richmond player Jason Baldwin. The circumstances are not known as to why he and his family moved to Sth Australia, but it seems that the Blues may have lost tabs on Russell and was able to be drafted by our arch-rivals. Russell was recruited by Collingwood from Sturt, as was his brother Kym who also later played at Collingwood as well. His Grandfather Jack Cockburn was named in the Sth Adelaide Team of the Century. 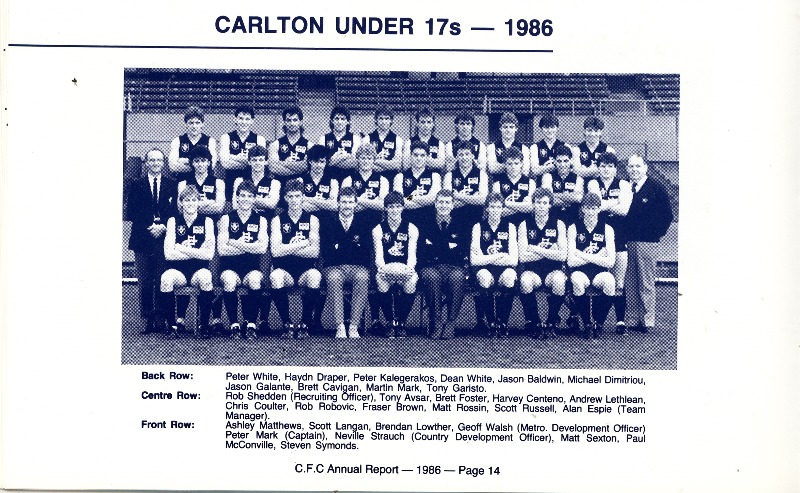 Russell was taken at pick 39 in the 1988 National Draft. Russell played for Collingwood and Sydney including all possible 26 games in his debut season in 1990, winning a premiership medalion at the end of the year. Russell played with the Magpies from 1990 to 1998 and played 182 games and kicked 107 goals. He also had a single season with the Sydney Swans in 1999 where he played 16 games and kicked 8 goals.

In 2011, Russell was awarded a retrospective ANZAC Day medal for his best on ground performance in the 1996 clash with Essendon.