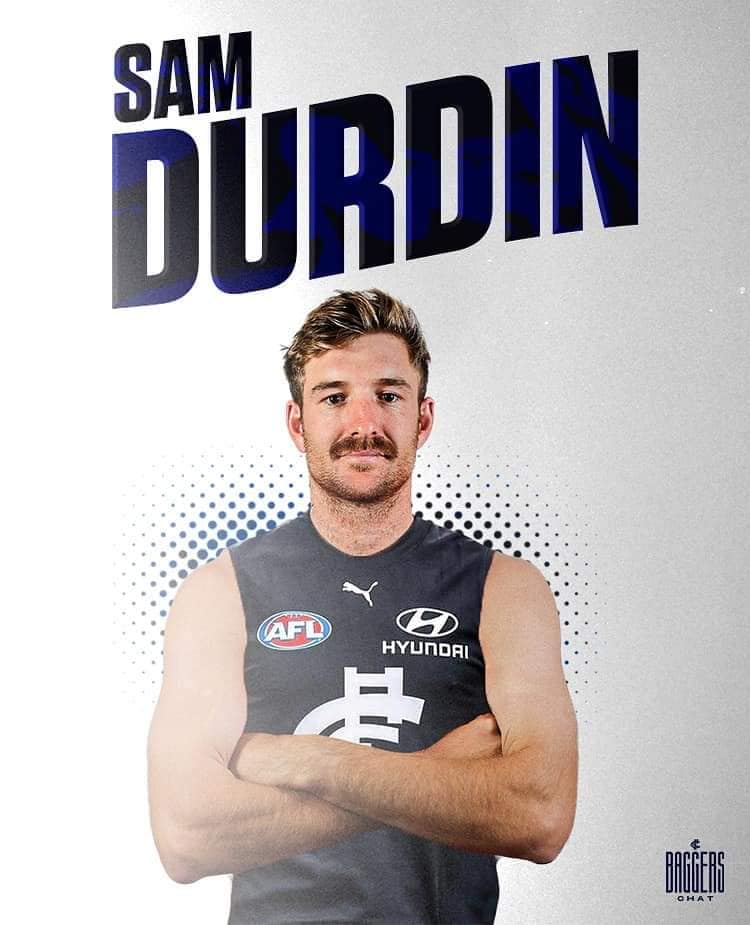 Carlton has acquired Sam Durdin with pick No.13 in the 2022 NAB AFL Mid-Season Rookie Draft. A key defender from South Australia, Durdin initially spent six seasons on North Melbourne’s list before producing two strong seasons for Glenelg in the SANFL. With the ability to lock down on his direct opponent or provide an intercept option for his side, Durdin has been one of the standout key defenders in state-league competition so far this season: that was most clear on ANZAC Day, when he was awarded the best-on-ground medal for a performance which yielded 22 disposals, 11 marks and 13 rebound 50's. He provides a tall defensive option for the Blues, who also welcomed Lewis Young via the trade table at the end of last season. Standing at 199 centimetres, Durdin played 22 games in the royal blue and white after being selected by the Roos with a first-round selection back in the 2014 NAB AFL Draft. Now, just days before his 26th birthday, Durdin will get another chance at the elite level after being drafted by the Blues. Blues Head of List Management Nick Austin said the acquisition of the key defender was one which the Club had identified in the weeks leading into the mid-season draft.