From the beginnings of Australian Football long before coaches came into vogue, the team captain acted as a 'coach.' As well as supervising training two nights per week, during the course of a game they controlled the team, moving players into other positions and motivating them. With the advent of coaches in the early 1900's, the non-playing coach was at a disadvantage being unable to speak to his players until the end of the quarter. The playing-coach did not have any such problems and could speak to his men on field during the match.
So a way around this problem was to pass messages through the agency of a club trainer.
When this practice first began is unclear, but by the 1930's it was newsworthy.

"There seems to be have been a general move recently in Victoria, Western Australia, and South Australia to stop trainers from encroaching on football grounds. The idea is to prevent them from taking messages from coaches. No exception can be taken to that, but a general prohibition is rather drastic." (The News (Adelaide) August 06 p10);

According to the AFL web site ( http://www.afl.com.au/afl-hq/the-afl-explained/rule-changes-18582013 ),
In June 1953 trainers were banned from delivering coaches' messages.

"Last week, the Victorian football league permit committee rejected a move to 'legalise' the carrying of messages to players by trainers. It is common nowadays here and in Victoria for trainers to carry instructions from the coach to a man on the pretext that an injury is to be treated."
(News Adelaide June 09 1953 p23)

Then in 1955 coaches' runners (a trainer) used for the first time. They were permitted to talk to team members during matches.


1955 Trainers Given The All-Clear

The Argus article from August 06, Runners will be allowed from August 13, to read click here> http://nla.gov.au/nla.news-article71672012
Round 17, 1955 Runners were permitted at the South Melbourne v Carlton match at the Lakeside Oval. 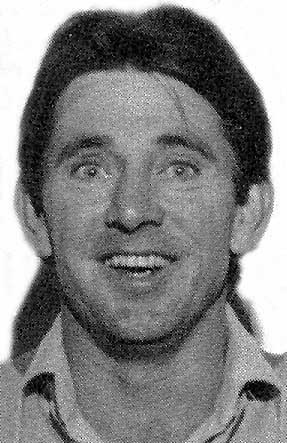 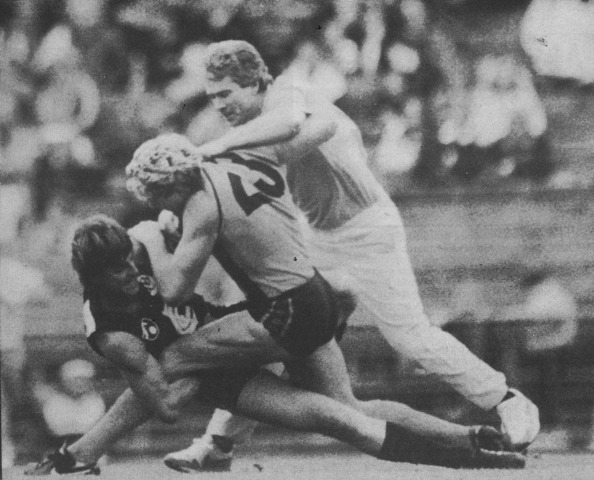 Round 8, 1990 - A wrestle between Peter Dean and Dermott Brereton ended up having the Carlton runner Trevor Keogh dragged into the middle of the wrestle.