Carlton showed their supremacy over Essendon by winning their 11th game well, but had no answer to the talented Blues, who scored 133 points - the same as they did when the Bombers played at Princes Park last year. Young Graeme Schultz, who came to Essendon from Warracknabeal as a full forward kicked five goals in his first game for 1973 with the senior team. - Football Record. 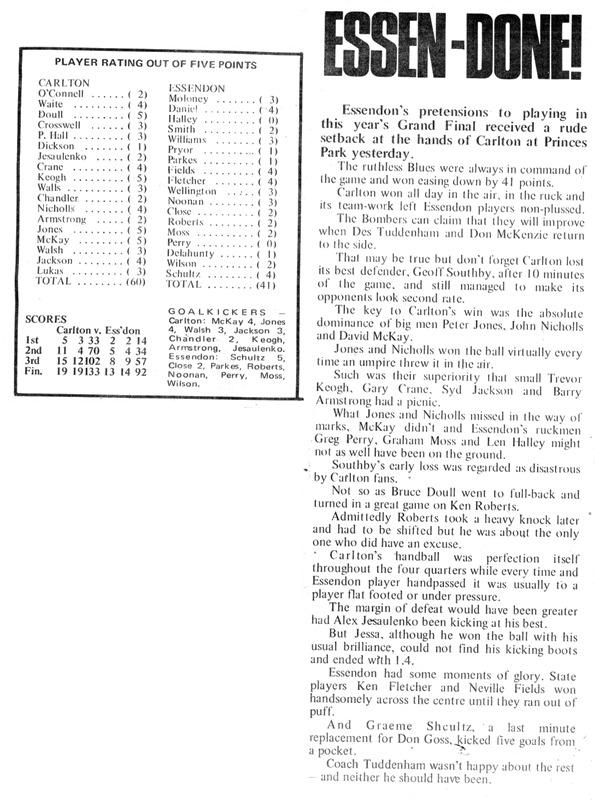 NB: Andrew Lukimitis had changed his name to Andrew Lukas from 1971.