This match was played on a Monday and Carlton was the 'away' side. The Blues welcomed 'Teddy' Hopkins to the Navy Blue outfit.

Carlton won the toss and kicked to the grandstand goal. The Blues attacked continually but the dogged tactics of the Fitzroy defenders put them off their game. After 14 minutes of the quarter and 4 behinds, Robertson booted a beautiful 60 yard goal. Fitzroy answered after clever play by Murphy who passed to Newnham for a goal. During the quarter Anderson received a broken nose and Walls and Crowe clashed often. After an even opening Carlton held a 2 point lead. 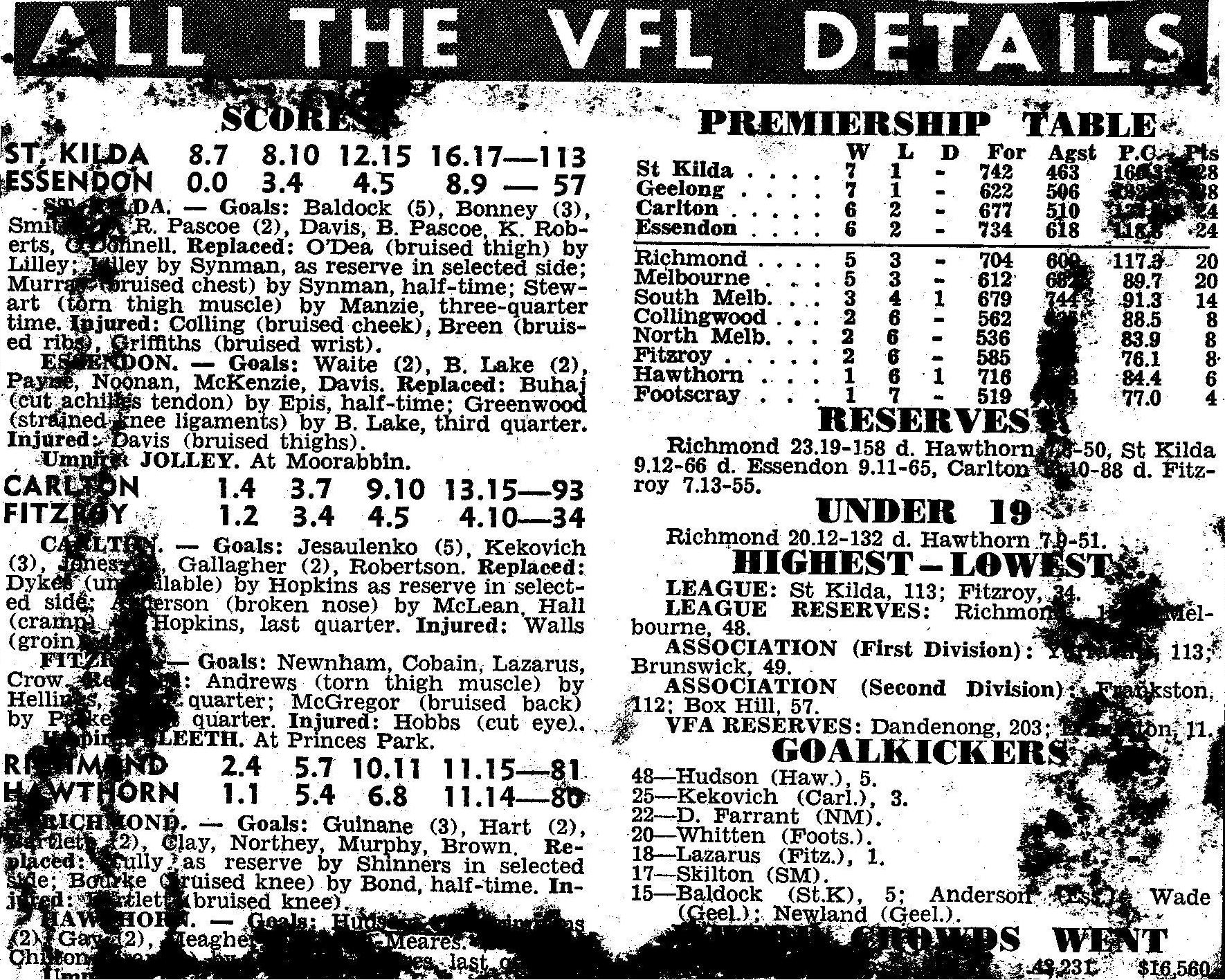 Inaccuracy and fierce play by Fitzroy kept Carlton quiet in the second term, both teams managed 2 goals. Crosswell and Murphy were having a great tussle in the centre. Wood and Murray were great players in defence but Lofts, Collins and Auchettl continually drove back the Lion attacks. At half time Carlton led by 3 points.

Carlton began to gain control in the third quarter. Walls had proved he was a worthy replacement for the injured Goold at Centre half Back. Silvagni was a damaging player in the packs and his handball and kicks to position cut the Lions defence to pieces. Barassi moved kekovich to Centre half Forward and Jesaulenko to Full Forward. This was the turning point; Jesaulenko who had been brilliant all day really burnt and Kekovich improved greatly. They kicked 2 goals eachand together with 2 from Jones, Carlton had a 35 point lead at ¾ time.

Fitzroy had run out of gas and with Lofts marking well and kicking the ball further than I’ve ever seen him do, ran away from Fitzroy. Silvagni banged the ball to the Carlton forwards and Jesaulenko with smart leads and great anticipation booted 3 goals for the quarter. Although Fitzroy fought back desparately they could not upset the Blues who were in full flight. They ran out easy winners by 59 points.