Carlton would smash the Pies in the last Collingwood v Carlton game to be held at Victoria Park, with a crowd of just over 28,000 its not surprising this was the last game played at this hole between these two traditional rivals.

A typically creative game from Craig Bradley against Collingwood at the weekend enabled him to pick up two votes and stretch his lead to three. Bradley, who represented South Australia in the state-of-origin clash with Victoria this week, is rapidly shaping as the VFL's recruit of the year. Wayne Blackwell continued his stellar form in the midfield with a best on ground performance and the courageous Ken Hunter picking up the single vote. - Inside Football Player of the Year. 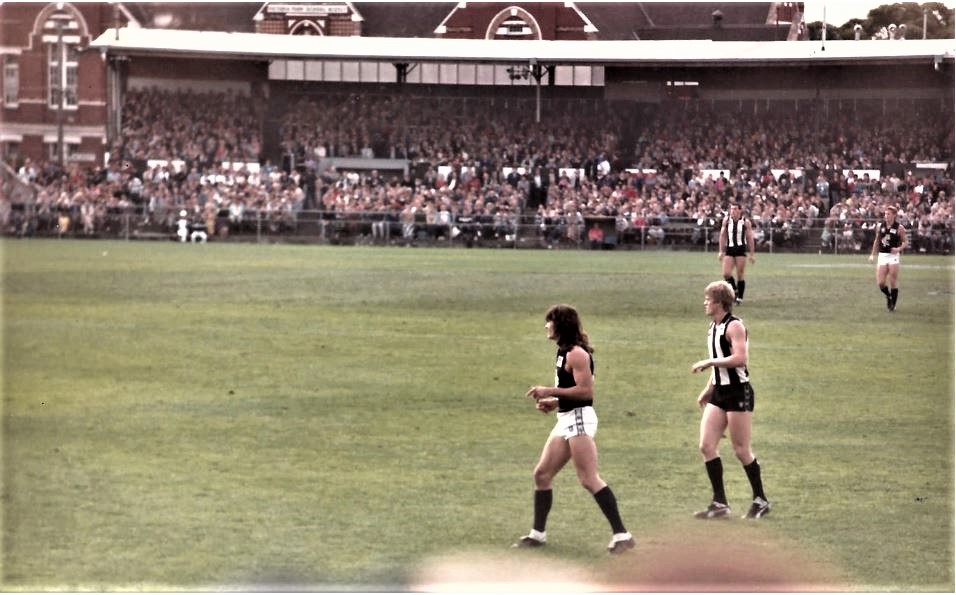 Carlton's Tom Alvin and Shane Robertson. This would be Tom's first and only game at Victoria Park.
Collingwood players unknown, although one might be Darren Millane.
Looking towards the north, Victoria Park Primary School, built in 1889 in Abbott Street is seen in the background. It was demolished for housing in 1997.
Image: courtsey Kevin McNair