Carlton and South Melbourne slugged it out at the Lakeside Oval, before the Blues broke away to win by 12 points.

Both teams started well with weight being used freely. South surprised me with their fierce determination. Ten minutes into the quarter during a scuffle on the grandstand wing, Bryan Quirk was knocked to the ground but had the ball underneath him. Eric Sarich, South’s acting Captain, tore into the pack in the most vicious act I have ever seen in a football match, kicked Quirk in the head in an attempt to get the ball. I am sure the incident was seen by the boundary umpire but no report. At the first change South led by eight points. 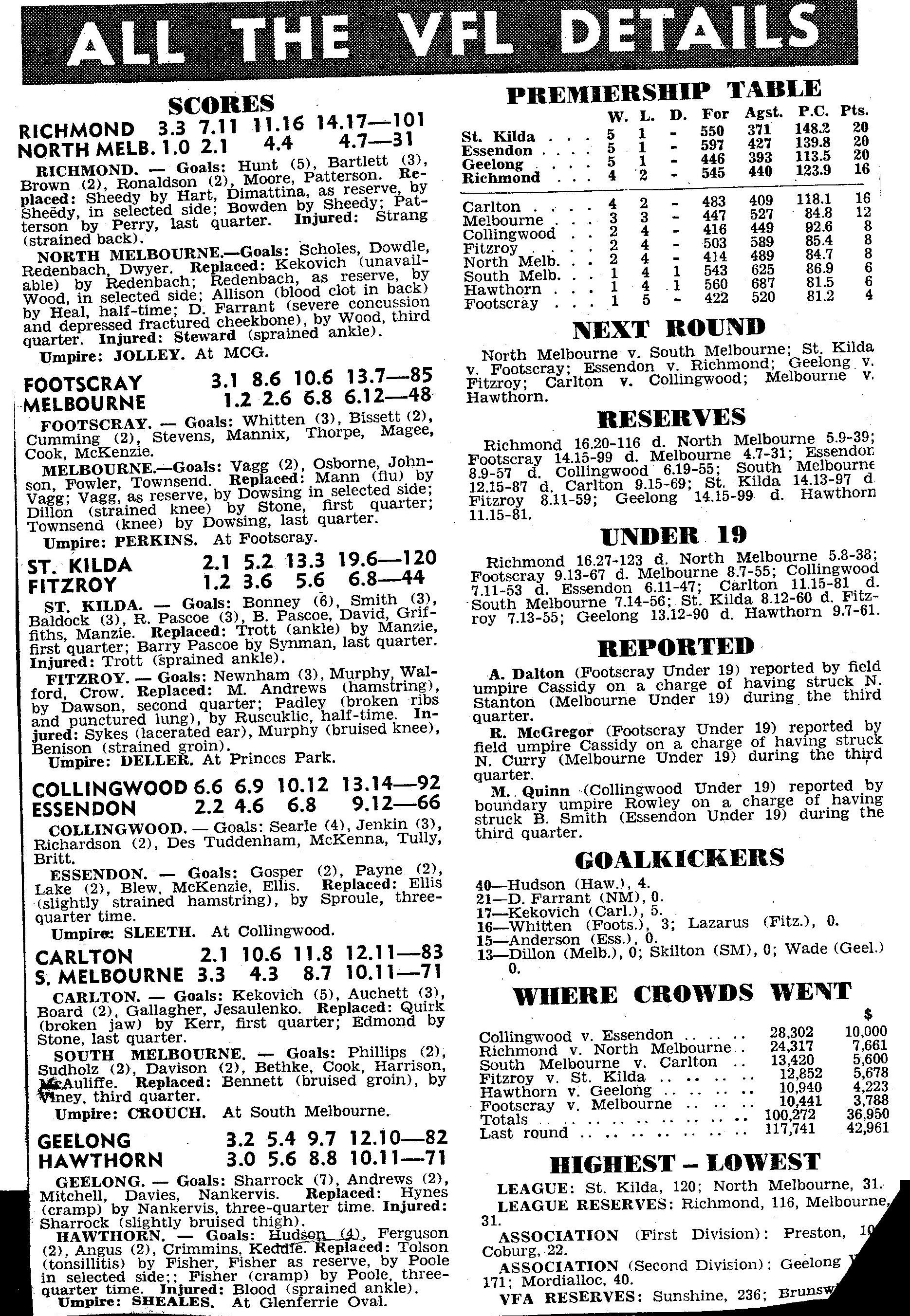 The second quarter saw a rejuvenated Carlton side. They slammed on 8-5 to 1 goal, due mainly to Kekovich who couldn’t miss anything. Nicholls was worried by tall Bennet at the centre bounces where he rarely won. However, Carlton’s rovers particularly Gallagher sharked everything. Had Skilton played it would have been very embarrassing. However at the boundary throw-ins Nicholls was able to manoeuvre his less experienced opponent out and create many chances on the forward line.

After the long break, South hit back hard and played good football for a patched up side. They rattled Carlton and added 4-4 to 1-2 and but for the great play of Collins, Goold and McLean, their score would have been higher.

South were stronger in the final term and some of the Carlton players did not play the game right out. They added 2-4 to 1-3.

Carlton’s best players were Silvagni (He played a kick behind play, had a million kicks and took marks on the half-back line to relieve when most needed), Gallagher, Crane (unbeaten on the wing), Goold, Kekovich, Collins and Nicholls. South’s best were Rantall, Davison, Priest, Cook and Bennet.