Melbourne bounced from the blocks with an eight goals to nil first quarter. Carlton made up ground steadily after that, thanks to the brilliance of 'Soapy' Vallence at full-forward, who booted 7 goals in a superb follow-up to his 8 goals against Collingwood the previous week. The last quarter was a cracker, as the Blues strove to get on terms with the Fuchsias, but in the end fell short by 5 points on the final bell.

Still, this was Carlton's first loss of the season, and we maintained our place on top of the ladder - one win clear of Collingwood.

This game also featured one of Carlton's greatest ever grabs, with Jim Park soaring over his opponent for a speccie you have to see to believe - more on this here.

At the end of this round Carlton were in 1st spot on the ladder with a percentage of 114.2.


Interesting Fact: This was the ninth time that Carlton has used numbers 1 to 10 in the same senior side, the last time was Semi Final, 1919 and in this game numbers 1 to 12 were used. 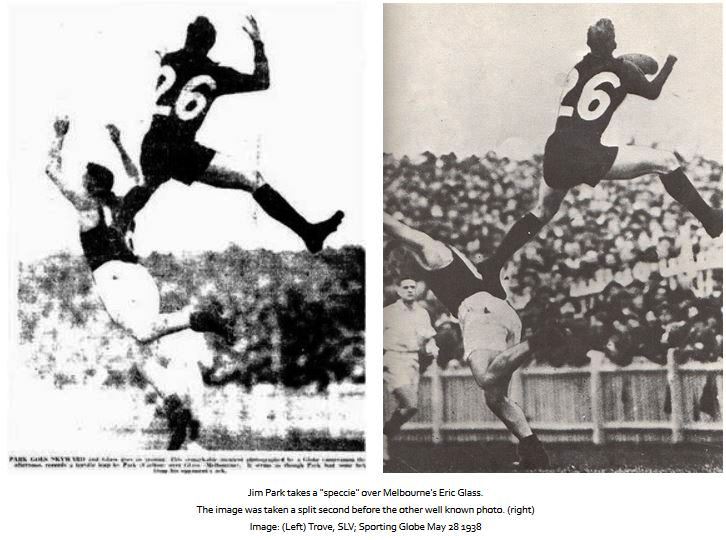 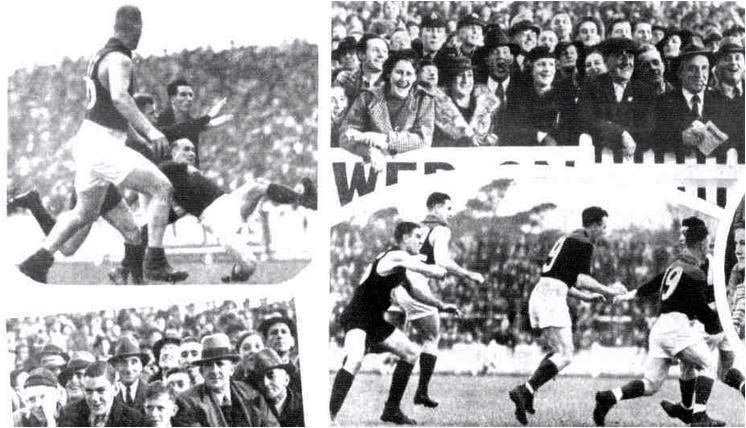