Drenching rain had made the ground very heavy. The centre cricket pitch area was a pool of water. There was some doubt that the match would take place.
Many players were wanting the game postponed until Monday.
The weather had a marked effect on the attendance. The game commenced at 3.09pm.

Melbourne's score was quite remarkable as actually Princes Park was under water when the match began and a quagmire by it's close.

At the end of this round Carlton were in 6th spot on the ladder with a percentage of 100.0. 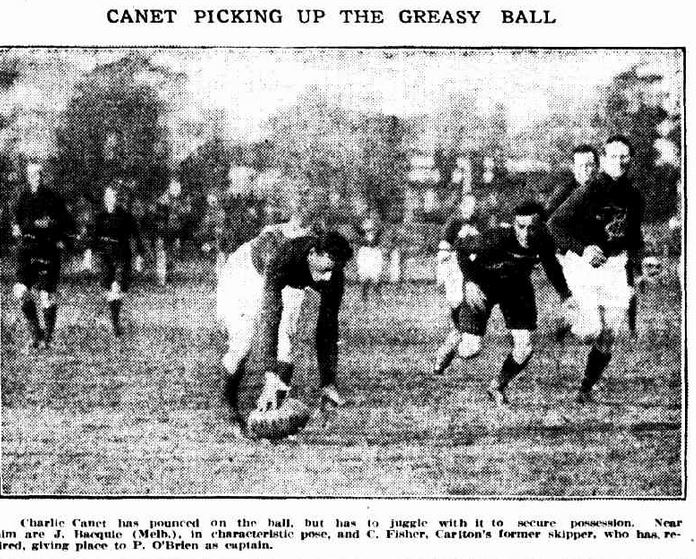