Carlton steamrolled Melbourne by 10 goals at the MCG.

The Blues would trounce the Demons by a more than comfortable margin, but perhaps this game would be better remembered down the track as a game where a first year player in Alex Jesaulenko would begin to display the skills which are now famous in the football world.

One about-to-debut Blue in Dennis Munari was there at the game and has written for the Blueseum about his views on the game and Jezza's performance in particular. 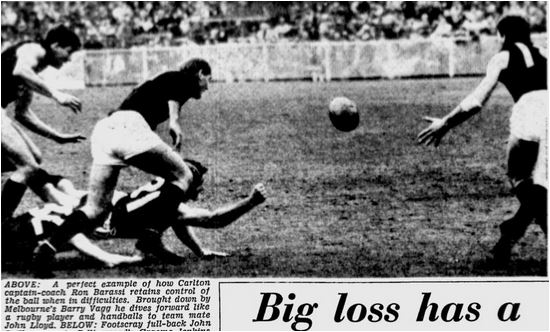 Ron Barassi, as he falls, shoots out a handpass to John Lloyd.
Other players Kevin Hall, Melb's Barry Vagg No. 32 and Barry Gill.
Image: Courtesy, The Age May 08 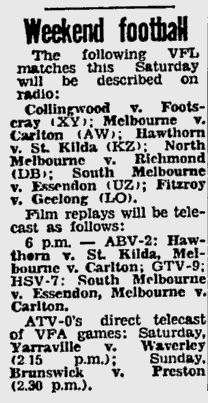