Carlton jumped to the top of the ladder with this 11-point win over Essendon at Princes Park.

This game against top of the table Essendon at Princes Park was notable in that it provided the stage for the debut of Wally Koochew – the first player of Chinese descent to represent the Blues at senior level in the VFL. Born in Carlton, and recruited from neighbouring Brunswick, Koochew was to play four matches in total during the early part of the year, before returning to his home at Woodend.

As well as Koochew, Carlton included Alby Ingleman and Bill Laver, replacing the injured trio of Ted Kennedy, Rod McGregor and George Johnson. Carlton captain ‘Pompey’ Elliott won the toss, and the home side quickly slipped into gear, leading by 12 points at quarter time, and nine points at the half.

The Blues dominated play in the third term, but were wildly inaccurate when shooting for goal. Nine scoring shots produced 1.8, while the Same Old added one major straight to trail by 17 points as the last quarter began. Although the visitors persisted to the final bell and outscored the home side by 2.2 to 1.2 in the quarter, Carlton was always in control and the final two-goal margin flattered the losers.

This result left Carlton on top of the ladder as the only undefeated team in the competition. Essendon, Fitzroy and South Melbourne were next, with two wins each.

"At the game on May 16 between Carlton and Essendon - a splendid strenuous struggle - the tendency to crowd the men on the ball and so congest the play was far more apparant than it should be. One instance of this was glaring when the right wing man on the Carlton side received a free or penalty kick on the opposite side of the ground, being fully 100 yards out of his position. As the breeze but was a ripple, there was no extenuating circumstance. If the captains had insisted on the players keeping their places the game in question must have been a truly magnificent spectacle. As it was, in the final quarter of an hour, the crowd went wild with excitement. The game was in the balance, and a straight kick either way would have meant victory. The matter of keeping the play open rests solely with the skipper, and if one captain had sufficient enterprise to insist on his men keeping their places, one has no hesitation in predicting that the prospects of the team would be appreciably enhanced."
(Referee, May 27, p9)

"Between 1.45pm and 3pm about 17,000 passengers were carried to the football match between Essendon and Carlton on Saturday at Carlton Oval. Cars ran at varying intervals to suit the traffic, sometimes 100yd., sometimes 200, and thereabout to 500 yards apart. Between the ground and Flinders-street nearly 3,000 passengers would be hauled at one time, and allowing about a quarter of an hour for the journey, this would work out roughly at about 15,000 passengers carried in a little over an hour. The big cars will take about 70, seated and standing inside and on platforms. Dummy will take 30 easily. The cars are rushed before and after a match, and there is no way of preventing more than a certain number from riding. Cars and dummy will carry more than twice their licensed capacity without fear of breaking down."
(Punch May 21 (p18) 1908)
In 2017 the Yarra Trams' timetable says it would now take 19 minutes by tram to get from Princes Park to Flinders Street! 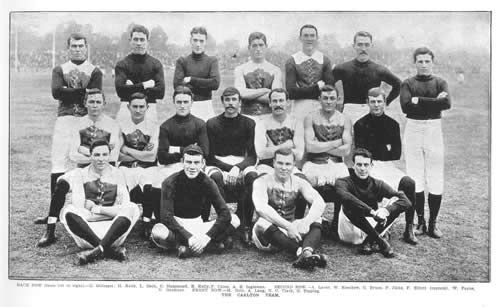 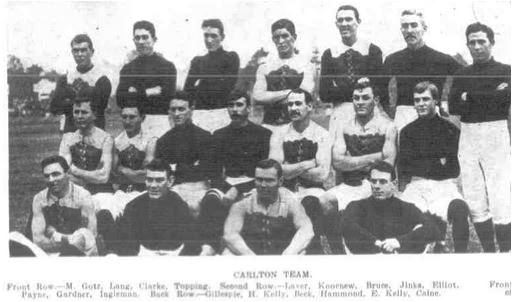 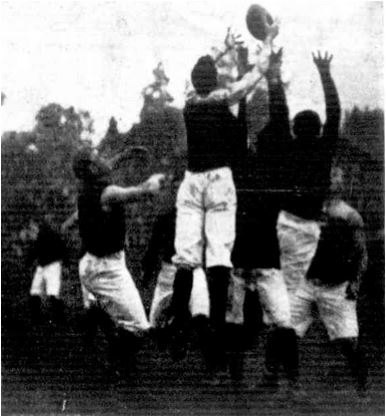