After controlling the match comfortably throughout the first half the Blues appeared to relax during the third term and were perhaps a touch fortunate that Essendon squandered their opportunity by kicking 4-7 for the quarter.

The home side made the Bombers pay dearly with a nine goal blitz to run out 10 goal winners.

A good response to our surprise first round loss to the Kangaroos.

The Blues redeemed themselves slightly with a nine-goal final quarter against Essendon but coach Ron Barassi can hardly be happy. Last year the Blues would have turned the power on a flagging Essendon much earlier. It's unlikely that Barassi would be happy if he compared his team's efforts against other big leaguers. Big John Nicholls played his 249th game for Carlton to become the most experienced VFL player. This is one game more than North Melbourne's John Dugdale. - Footy Week. 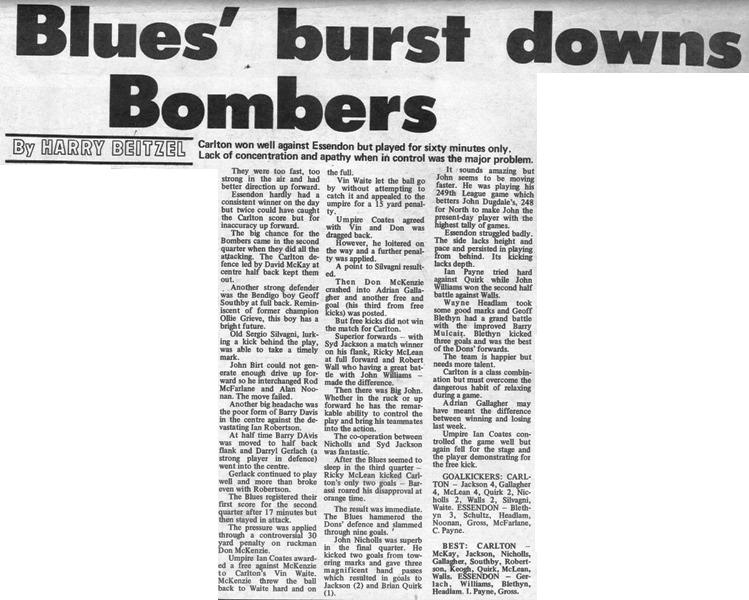