Carlton lost to Melbourne by 6 points at Princes Park.

Melbourne handled the greasy conditions much better than the Blues. The contrast between the team that won last year's premiership and this, could not have been greater. The visitors won in the ruck and amost all day across the centre, except for a brief moment when Carlton actually hit the front in the final term. The Blues' problems were at either end of the ground where their players crowded out their own team mates and spoiled each other in the marking contests. This left the opposition on their own to easily gather the ball and to clear, or to set up a scoring opportunity.


In a remarkable incident at this match, a goal umpire was attacked by a spectator who jumped the boundary fence. He was rescued by a woman supporter of the other team, who also hurdled the fence to protect him! 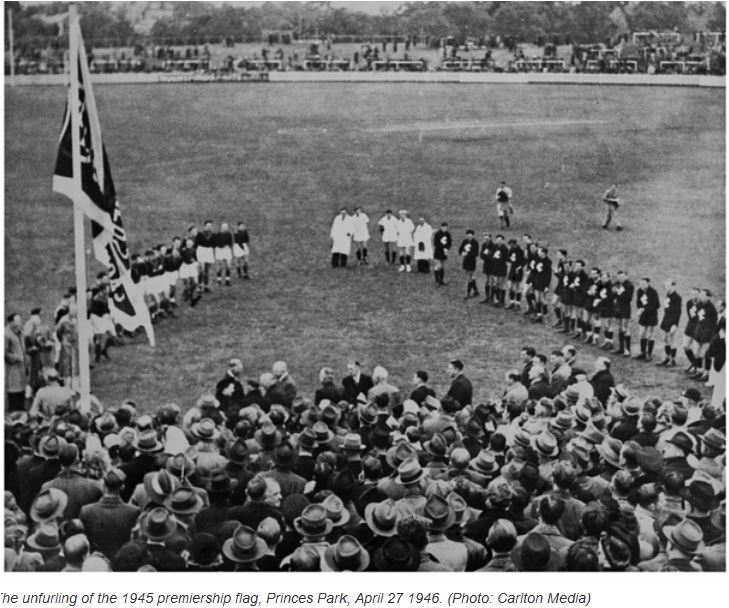