Carlton defeated North Melbourne by 128 points at Princes Park. The 128 point margin was a Carlton record at the time.

Carlton's 128 point win set a new club record for greatest winning margin in a game, only surpassed many years later - and still one of our biggest ever wins.

At the end of this round Carlton were in 1st spot on the ladder with a percentage of 151.5.

Last Game: Charlie McSwain
Score Records: This is one of Carlton's greatest ever winning margins in the VFL / AFL. 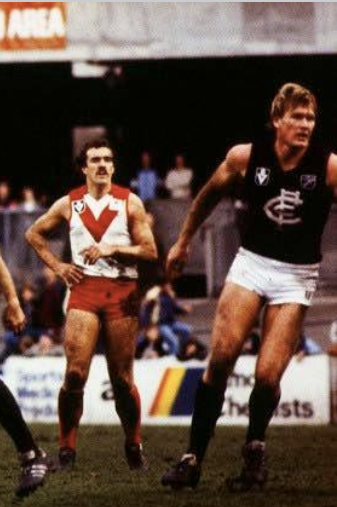