This close win came in front of what is accepted to be a record crowd for the Lake Oval. Dozens of people were pushed to the ground and trampled when a section of fence gave way under the strain. Two people were badly injured and sent to hospital.

Carlton made three changes to the side for this game. Frank Gill returned from injury, Jack Crowe was back after holidays (imagine that today!) and Ted Pollock was promoted after some good from in the reserves. Aub Martyn, Jack Young and Frank O’Rourke were demoted to the seconds.

This clash between the top of the ladder sides provided a great game, in front of over 40,000 spectators. It was fast paced and rugged and there was little between the sides all day.

Colin Martyn won the toss and Carlton kicked with the aid of a light, but cold breeze. Two early Carlton attacks were repulsed by South, before Jack Green scored the first goal after a free kick. Carlton were playing wide, using the wings to advantage. Then South got into the game, winning in the ruck and scoring the next four goals, while Carlton could manage only behinds. Steady rain started as the quarter progressed. South were playing very steadily while Carlton appeared ragged. At quarter time, South had kicked four goals straight to Carlton’s 1-3 to lead by 15 points.

In the second term, the rain helped to stem South’s fast running game and Carlton came back into it. After an early South goal, Carlton took charge. Incessant attack and strong body work was gradually weakening South’s defence. Clarke goaled from a free and then Shea, after sidestepping his opponent, kicked another. Clarke kicked a behind and Shea kicked three more. He was playing well but wasting his chances. Johnson put Carlton into attack and Crisp, after spilling the mark, recovered well and kicked a goal to level the scores. A free to Crisp resulted in a goal, before South responded to trail by a point late in the term. Behinds to Clarke and Johnson (just touched on the line) gave the Blues a three point lead at half time.

A key South defender was unable to resume after the break and South’s defensive efforts were hampered. Crisp kicked truly at an unguarded goal shortly after the play began. But South, attacking desperately, kicked three in a row to lead by nine points. Jack Green sent Carlton into attack again and Davey capped off a great pack mark with Carlton’s seventh goal. Two shots at goal were missed by South forwards and Carlton attacked strongly to give Crisp, from an angle, another goal and a one point lead. South levelled the scores with a behind. Cooper, with a place kick, scored a behind before Crisp took a great falling mark and goaled to give Carlton a seven point lead. A late point to South meant they trailed by one goal at the last change.

South attacked as the quarter began, kicking two behinds, before Pratt jumped over a falling Gill and kicked truly to give South the lead. Shea capitalised on a South defender’s error to kick a goal off the ground. South, attacking all the time kicked three behinds to make the difference only one point and then goaled to take the lead. Carlton playing fiercely, kicked behinds through Crisp, Gill and Pollock. Johnson, with an injured thigh, was replaced by Street. The excitement around the ground was tremendous when South had a shot at goal but missed and on the rebound, Clarke brought the ball around the wing and kicked to Shea who kicked a great running goal. Leading by three points, magnificent work by Carlton’s defenders repelled three South attacks. Then Cooper handballed neatly to Crisp who goaled and made the difference nine points late in the game. Mackie repelled one South attack before they attacked again, kicking a behind. A minor score to Street just before the bell gave Carlton a hard fought and well deserved nine point win and top spot on the ladder.


At the end of this round Carlton were in 1st spot on the ladder with a percentage of 131.6. 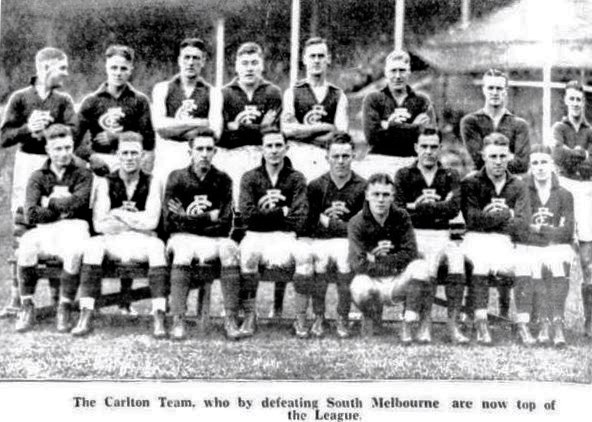 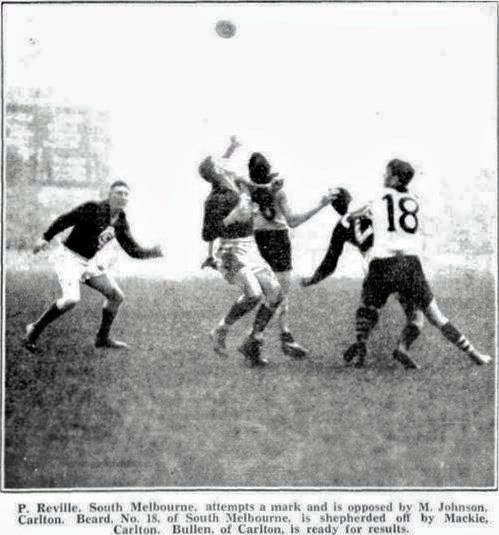 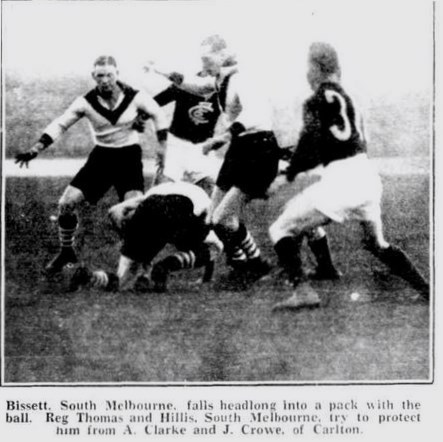 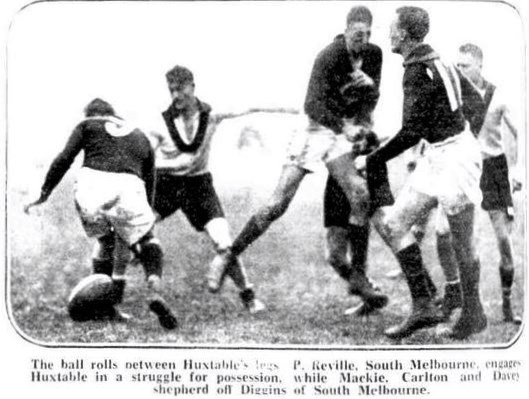 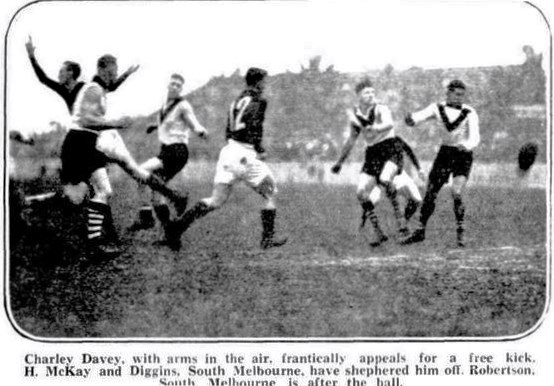 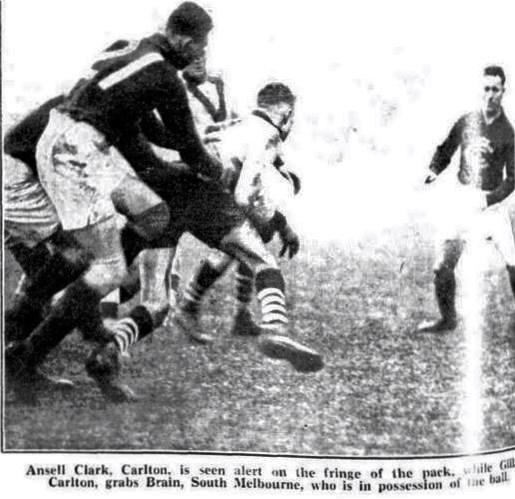 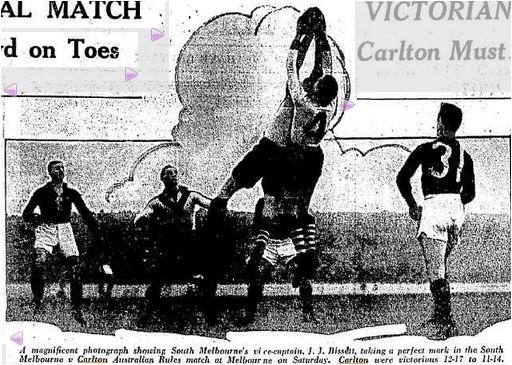 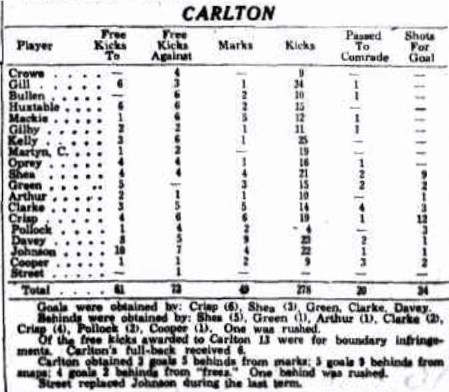 Score Records: This was the last of 11 consecutive wins for Carlton, one of the best winning streaks in our history