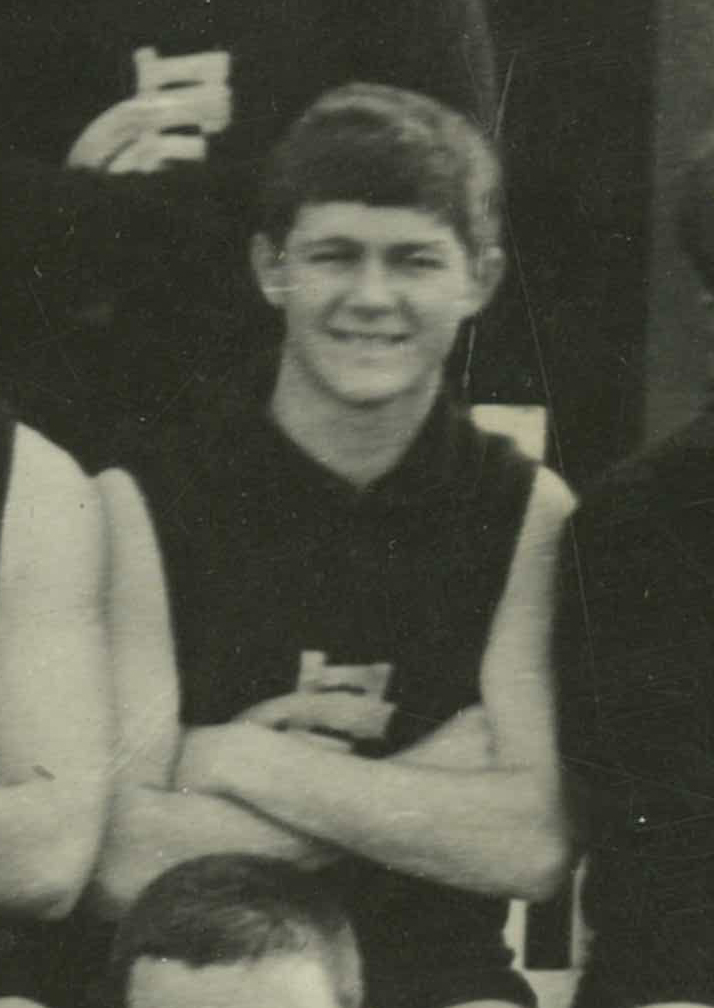 Ron's is a romantic story of boyhood dreams that cannot be experienced in modern times. Ron grew up across the road from Princes Park which was like a second backyard for the young fellow who used to get into the ground through secret gates through the Warne's (groundskeeper) property. Kicking the footy around the ground and mixing with legends of the club from the 1950s turned into playing for the club in the 1960s. Ron has the rare achievement of playing football all the way from Fifths (U15s) to Reserve grade for the Blues. Carlton great Adrian Gallagher played in the same U15s team as Ron and went all the way up to seniors.

Ron was a rover who after leaving the Blues at the age of 17 (after playing for the club for five years) found a new home with East Brunswick in the Metro League.

After a while Ron found himself at Merlynston Football Club where he coached, won three best and fairests, two of those in premiership years. He kicked 107 goals to be the 1970 leading goalkicker.

Ron would later work in Papua New Guinea for many years where he spent a lot of time contributing to local football leagues.

Ron is a great grandson of Mick Whelan, champion Carlton player from the 1880s. Ron is also a nephew of well known supporter and former cheersquad member and club member for 70 years Ruby Chalklen.