Peter Doyle was recruited from Union Football Club that was affiliated with the Northern District Football League. Doyle was a centreman who was playing senior football with the Union Football club as a 16 year old in 1989. During that season he polled 10 votes in the League Best and Fairest. Doyle was drafted at pick 21 in the 1989 National Draft, this was Carlton's second pick overall.

His pre-draft profile stated that his best position was as a ruck-rover. A recent member of of the successful Victorian Country Teal Cup squad. Peter is a skillful and versatile player, who has been voted the 1989 Northern District "Rookie of the Year".

Doyle was delisted by the Blues and was recruited by Fitzroy Football Club and played 12 games during the 1995 and 1996 seasons wearing the number 28 guernsey. He didn't kick a goal or play in a win with the 'Roys. He also managed to play in the last ever AFL game Fitzroy played, which was Round 22, in 1996 Vs Fremantle.

Doyle was a groundsman at the Carlton Football ground.

He did not manage a senior game for Carlton

Inside Football Draftee Profile - Peter Doyle
Voted the 1989 Northern District 'Rookie of the Year', Doyle is a versatile youngster who is as effective on the wing as he is on the forward line. Doyle's first year of senior football ended on a sour note when Union was defeated in the 1989 Northern District Grand Final. A promising future lies ahead for this talented player. 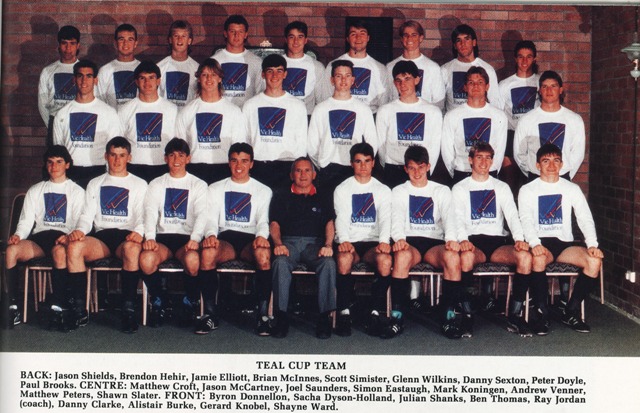 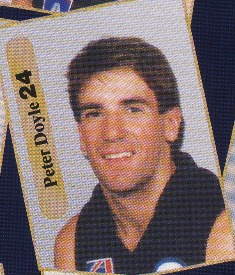 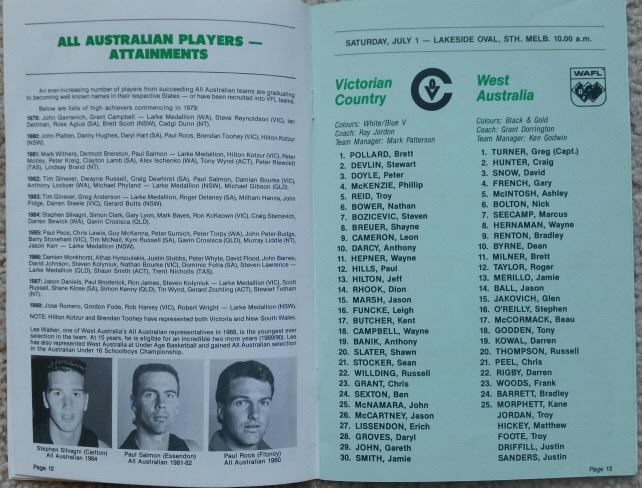