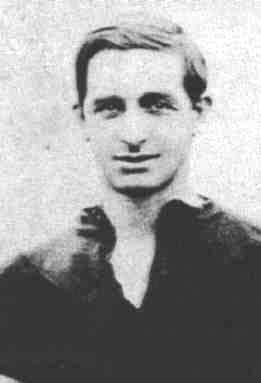 In his one year at the helm of the Blues in 1924, former Fitzroy champion Percy Parratt managed just five wins - although his record would have surely been better had Carlton not lost star forward Horrie Clover to serious illness mid-season.

A revered figure at Fitzroy, Parratt was playing coach of the Maroon’s 1913 Premiership team - although curiously, not its captain. Ruckman Bill Walker skippered the Roys that year, but declined an offer to coach the club. So Parratt stepped up to the position on a caretaker basis, while insisting that Walker continue his on-field leadership. Somehow, it worked, and Fitzroy beat St Kilda for that year’s flag.

Parratt went on to forge a long and successful career at Fitzroy, for much of which he was considered the game’s outstanding rover-forward. In 196 games, he kicked 202 goals and added the 1916 and 1922 Premierships to his earlier triumph. He retired as a player after the Roys were beaten by Essendon in the 1923 Grand Final.

At Carlton, Percy faced a somewhat similar situation as he had years ago at Fitzroy. The Blues, under captain-coach Horrie Clover, finished down the ladder in 1923, and it was obvious that the dual responsibilities of coaching the club and leading the attack were weighing heavily upon the star forward.

Consequently, Clover agreed to relinquish his coaching duties, and the Carlton committee settled on Parratt as his replacement. The year got off to a stumbling start for the Blues - with a narrow win, a narrow loss and a draw in the first three rounds. Then it crashed in ruins when Clover was diagnosed with a serious illness after round 9, and ruled out for the rest of the season.

Parratt wasn’t reappointed as coach of Carlton for 1925, the Blues opting instead for club captain Paddy O'Brien as playing coach. Parratt returned to Fitzroy briefly, then bobbed up at Geelong in 1935 and coached the Cats into ninth place in the 12-team league.