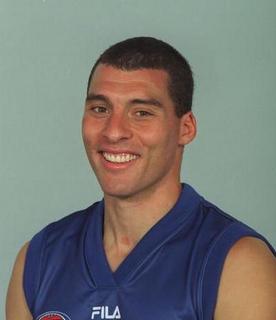 Paul Dimattina played reserve grade football for Carlton in 1993. Dimattina was also used as a top-up player for Richmond in 1992 and Essendon reserves in 1994. He finally made the grade when he drafted by Footscray and played 131 games and kicked 56 goals. His brother Andrew Dimattina played reserve grade football for the Blues in 1995, he later played 28 senior games with Collingwood. Also his father Frank played senior football with Richmond and North Melbourne.

Dimattina was originally recruited from Marcellin College, and then played with Richmond U/19's. He was playing at VFA Club Sandringham when he was called up to play reserve grade football for the Blues.

Following his football career, Dimattina became involved in the hospitality industry. He currently co-owns Dimattina's restaurant in Lygon Street, Carlton as well as the popular Blue Train cafe at Southgate in Southbank, Victoria and two restaurants on the Gold Coast, Queensland. His father owns and operates Il Gambero on Lygon Street.