The Morrish Medal was first presented the year after the formation of the League thirds competition and was awarded to the player voted best and fairest in that grade by the field umpires. It perpetuates the memory of long-serving (1922-67) reserve grade treasurer Tom Morrish.

In 1959 the competition was renamed the VFL under-19s. In April 1992 three players, who had previously been eliminated on a countback, were awarded retrospectively for seasons 1961, 1974 and 1976. Since 1991 the medal has been presented to the TAC Cup under-18s player of the season.1 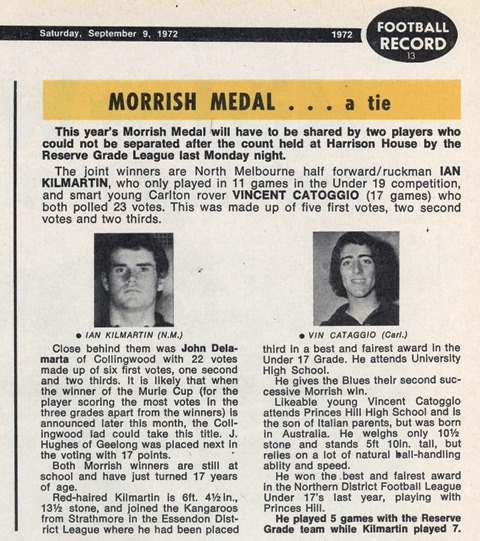