Michael Lenaghan was recruited from Sandurst in 1982 which was part of the Blues country recruiting zone in Bendigo (he also had a run with the Blues in 1977 at both U/19's and Reserve Grades), he was the younger brother of Blues rover Denis Lenaghan. Lenaghan played reserves grade football for the Blues. He also represented the Bendigo League on a few occassions. 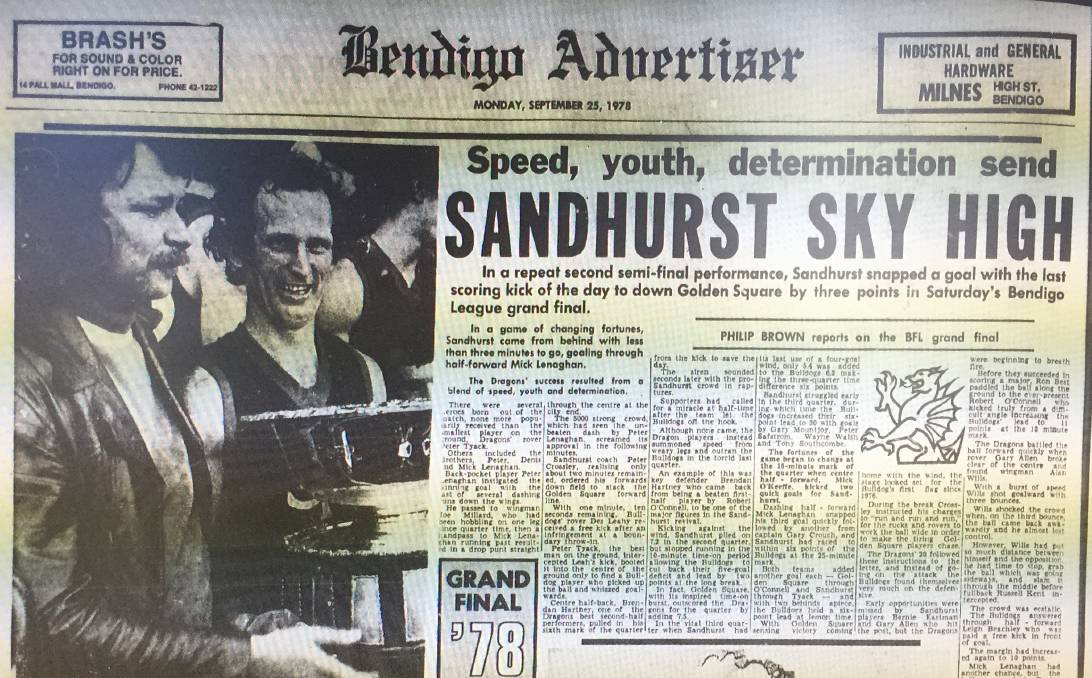