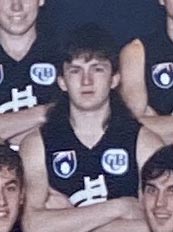 In 1992 Mark McMahon would play 9 games and kick 3 goals whilst playing in the VFA with Coburg.

McMahon was recruited from Fawkner.

Played football for a time with Mark Buckley at Noosa.