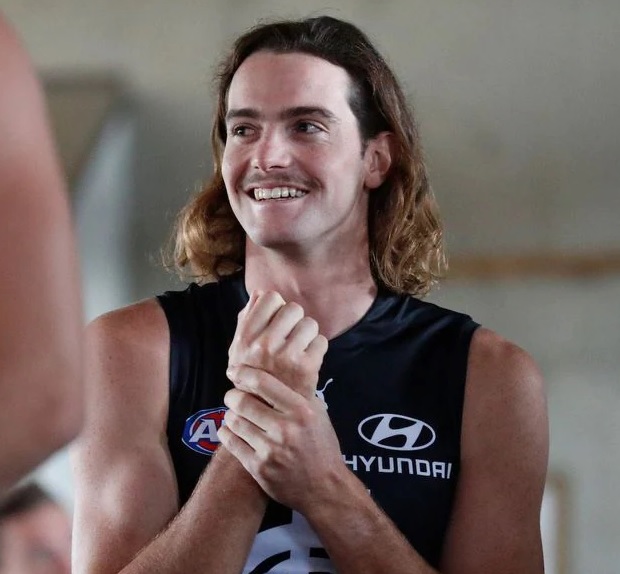 19-year-old Luke Parks was the Blues’ sole rookie selection and a great one at that. The Sydney Swans Academy graduate moved over to the SANFL with Glenelg after being overlooked last year and was superb across a full League season. Intercept marking is his great strength and he should provide solid depth down back given Carlton is running a touch thin in that department, at least as far as talls go.

A reliable defender who often played taller than his 188cm size, Parks had some raw traits that showed he has what it takes to make it to the next level. A member of Sydney’s Academy, Parks used the ball well by foot (74.4 per cent efficiency) and took six contested marks in his five games at NAB League level. Parks also averaged three rebounds per game, and while he is undersized, he stands up against bigger bodies and could play a third tall role at the elite level. Most impressively, most of his disposals were under pressure with more than half of his possessions won at the coal face. At the Rookie Me Draft Combine, Parks clocked up a sub-three second 20m sprint, while his endurance is a key area of improvement (20.4 on the yo-yo) as is his ground ball work, averaging just the 1.4 tackles per game. His work in the air is his strength and expect that to be what clubs will look at should he be given a chance.

Given some clear gaps in defence early in 2021, Parks earned his shot at senior glory early in the year, debuting in a win against the Dockers. His tight defence and desire to get back and help others were clear highlights and important in the win. A great start...

Luke Parks footballing journey started at St Ives (NSW) before he was included as part of the Swans Academy.