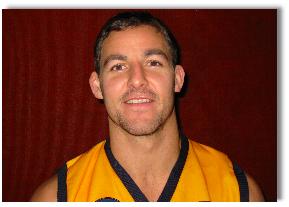 Lincoln Withers played reserve grade football for Carlton from 1998 to 2000.

Withers was playing at Pakenham when he was called up to play reserve grade football for the Blues. He had previously played with Garfield. Withers, a powerhouse midfielder was awarded the Peninsula Division's Norm Walker Medal in 2002 whilst playing with Pakenham. He was also at the heart of the MPNFL's interleague success that season.

Withers played with Goulburn Valley club Kyabram in 2008, he won the Morris medal as best player in the league that year as well.

In 2010, Withers signed up with Ellinbank and District Football League club Cora Lynn.

Withers plays in the summer competition with NTFL club Waratahs, his presence at the 'Tahs' was catalyst for good mate and former Blue spearhead Brendan Fevola to sign with the club late 2011. Also at the club was another former Blue in Heath Culpitt. 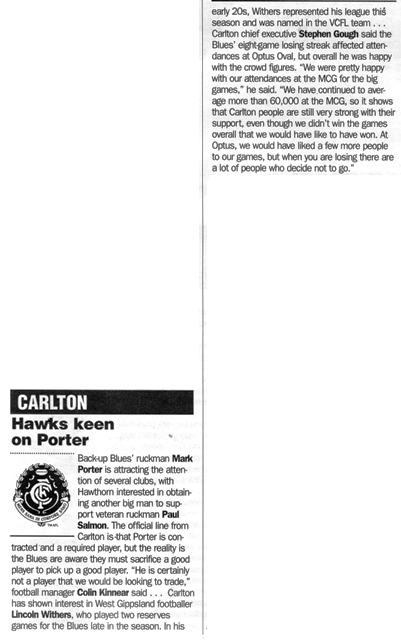