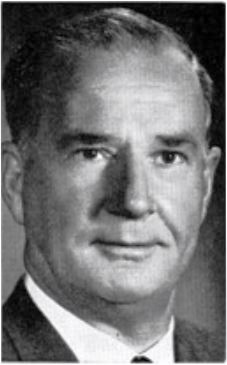 Lew was responsible for for having the Carlton president's chair and gavel specially made from the timbers from the S.S. Edina a three masted steamer built in 1853. The Edina was used on coastal Victorian runs and later Port Phillip Bay ferrying passengers to and from Geelong. The Carlton team occasionally travelled on the ship for its matches. It's sailing days were over in 1938 and it was towed to the Maribyrnong river where it remained until 1958 when it was scrapped.
Read Carlton historian Tony De Bolfo's fascinating article.
http://www.carltonfc.com.au/news/2014-03-05/carlton-presidents-gavel-reveals-160yearold-maritime-tale