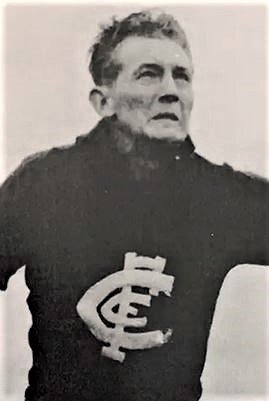 
Cottrell played 12 games for the Blues commencing in season 1958. He was recruited from Myrtleford after a few earlier games with Toowonga. He kicked 2 goals and wore the No. 32 Guernsey.

In his debut match against Geelong The Age said; "Recruit Len Cottrell did a splendid job in his first League match but, against a team with stronger rovers, the Blues could have been in trouble."

Some 60 years later, Len's grandson Matthew would be listed to play with the Blues.