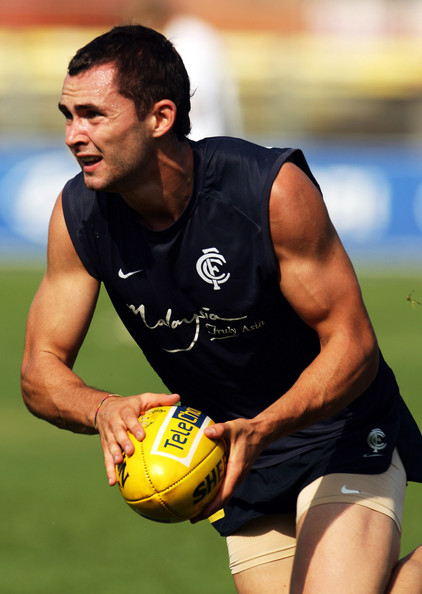 Lachie was selected by Carlton in the 2007 Rookie Draft with pick 18. He is a super quick midfielder and played with Oakleigh Chargers in the TAC Cup via Scotch College.

Although released from the Rookie List at the end of 2008, Hill was re-rookied in the 2008 - 09 Rookie Draft. Lachie played one NAB Cup game for the Blues in the 2009 pre-season competition. Despite the promising start, a series of leg injuries impaired his Season 2009 and he never managed to get a string of games together for the Bullants.

At season's end, Carlton announced that Hill would not be retained as a Rookie for Season 2010.