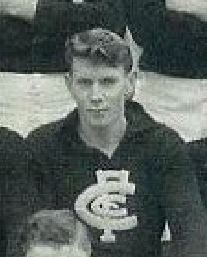 Keith Taylor played U19's footy for the Blues in 1953-54 and reserves in 1955 before being cleared to Northcote.

Wearing guernsey number 13 and playing on the wing Taylor was one of the best on field in the 1954 U19s grand final which Carlton narrowly lost to Footscray in controversial and dramatic circumstances.