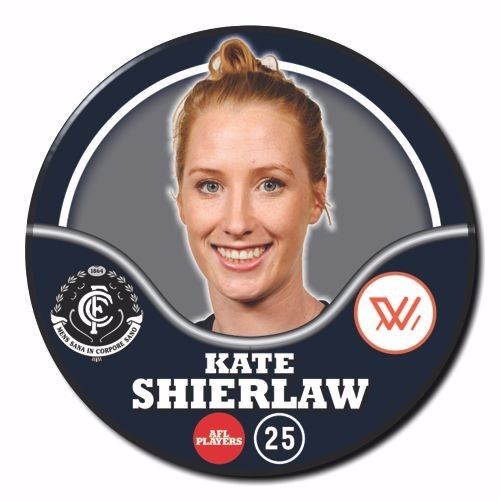 She was recruited by Carlton as a rookie player prior to the club's inaugural AFLW season in 2017. She made her debut in round 2, 2017, in a match against Greater Western Sydney at Ikon Park. Shierlaw did not miss a game from then on, finishing with six matches played in 2017. At the end of the 2018 AFLW season the Blues delisted Laura Attard, Madeline Keryk, Sarah Last and Kate Shierlaw from their primary playing list.

On 9 August 2019 St Kilda Football Club announced they had contracted Shierlaw for the 2020 season, and named her co-captain of the club in January 2020.