15 seconds of fame against the Greatest Full Back... 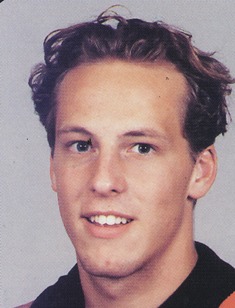 Julian Kirzner was on Carlton's Supplementary List in 1996, incidentally, also on the Supplementary List that year were Darren Hulme, Anthony Franchina and Shane Whitnall. Kirzner only played the first 5 games of the reserves that season (including a 7 goal haul vs Collingwood in Rd 1), and never played at senior level for the Blues.

However, Kirzner did manage to play senior football elsewhere. He was originally recruited by Essendon in the 1993 draft at #36 from the Central U18 (originally recruited from Ajax), managing 1 senior game in two seasons at Windy Hill. A strong marking forward, Kirzner's game was against Carlton where he is best remembered as having a good quarter against Stephen Silvagni in Round 24, 1994 when Essendon defeated the Blues. He kicked 1.2 in wet conditions as the 10th placed Bombers caused an upset which cost Carlton the minor premiership. He would also represent the Bombers in the Big 3 Challenge Cup / Lightning Premiership in 1995.

Kirzner was delisted by the Bombers before the '96 season, and we selected him on the Supplementary List (meaning he could only play in our reserves team). The Pagan-coached Kangaroos picked him up in the inaugural Rookie List draft before the 1997 season (at pick #15). After kicking a number of goals at Reserves Level for the Kangas (wearing number #48 still) early in the '97 season, he was promoted to the senior team, and kicked 4 goals on debut for them (vs Port). But he only played 2 more games for the Kangaroos before suffering a serious knee injury. He was on their Rookie List again in '98, but he played no more senior games.

The luckless Kirzner headed to VFL club North Ballarat for the 1999 season, he kicked 32 goals in 13 games before succumbing to the knee injuries he sustained in 1997 and 1998. In 2002, he was enticed to rival VFL club Coburg by good mate Ryan Pagan. 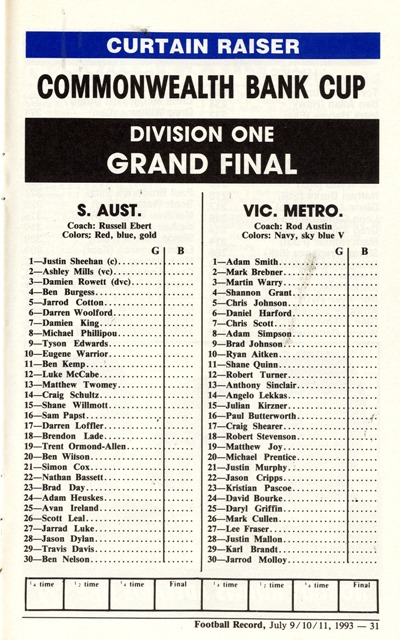 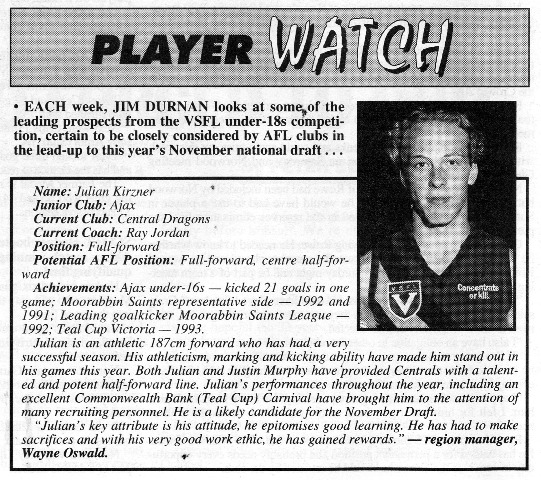 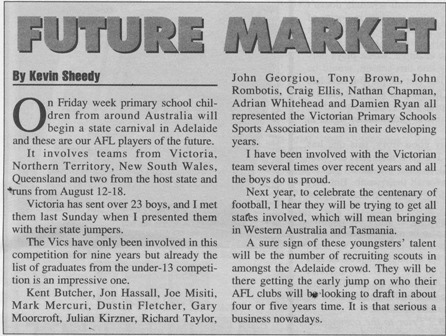 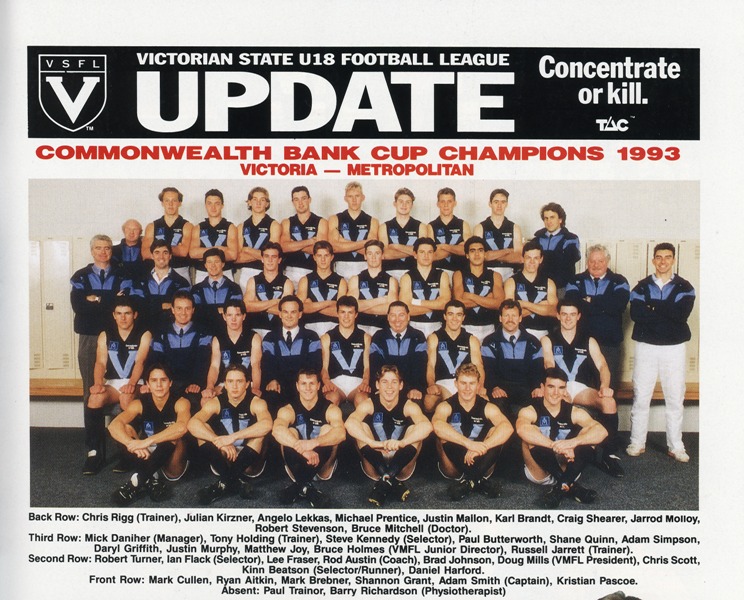