Jeremy Dukes was taken with the Blues third pick at number 80 in the 1999 National Draft. He was recruited from TAC Cup team Prahran.

Dukes was something of a disappointment, he had a fair few weapons including a massive leap, but he showed little as a forward. As a pinch hit ruckman he was far more effective.

After being delisted he went back to Ajax and won the club senior Best & Fairest in 2001. He then played in the VFL with Werribee, Port Melbourne and Williamstown, with the latter he was chosen in the VFL team of the year. He later left the VFL scene and again headed back to his original junior club Ajax in the VAFA. 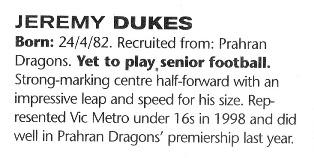 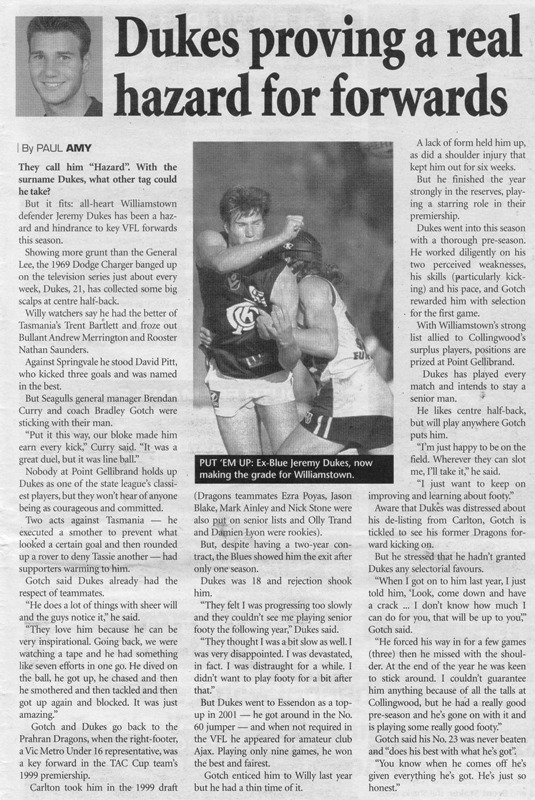