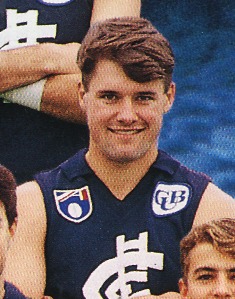 Smith originally was recruited from Assumption College, he was also a listed player at Richmond from 1991 to 1992. Smith was originally from Lockington and attended Assumption College, before being selected in the 1989 National Draft. He played in the opening round of the 1991 AFL season, against St Kilda at Waverley Park. It was his only senior appearance for the Tigers.

2005 Rd 15 - A Union Jack flag in the cheersquad a week after the London bombings.