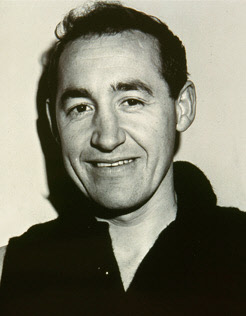 A courageous, uncompromising back pocket in the Blues' 1968 Premiership team, Ian Collins went on to serve as Secretary-Manager and President through some of Carlton Football Club's most successful and turbulent times. Single-minded and determined, "Collo" has lived his life the way he played his football - head-on, and with plenty of self-belief.

Collins first came to Princes Park in 1960, after rejecting overtures from St Kilda and Melbourne. Widely regarded as a ready-made league footballer, he had enjoyed an impressive junior career at his home town of Sale in Gippsland - starring in various representative teams as a quick and skilful centreman or half-forward flanker. At 175 cm and 74 kg he struggled at first to cement a regular place with Carlton until he was tried as a back pocket in his second year. Almost immediately, he made the last line his territory, and began forging a reputation as an intense and difficult opponent in the number 19 guernsey.

In 1962 Carlton made the finals after many years in the football wilderness, and played Geelong in the Preliminary Final for the right to meet Essendon for the flag. In a willing, sometimes spiteful encounter, Collins suffered a broken jaw and a split tongue. Carlton won the match, so Collins was determined he would be playing the following week. Somehow, he managed to conceal the severity of his injuries, and took his place in the Grand Final side. Essendon proved far too good for the Blues, but Collo played a disciplined game and was far from his team's worst performer.

Six years on, Carlton met the Bombers again for the 1968 Premiership, and turned the tables to claim the Blues' first flag in 21 seasons. Collins was solid as always on a great day when wingman Garry Crane was the Blues' best in a hard-fought three-point win. Alongside Collins at full-back as usual was Wes Lofts, and the duo were a daunting proposition. Later, Lofts served as the Blues' Chairman of Selectors for many years, and he and Collins forged a strong partnership at board level.

Collins might well have collected a second Premiership medal if he had not suffered a serious achilles tendon tear that cost him the entire 1970 football season. While it was a severe blow to his sporting aspirations, the forced holiday did have an upside, in that Collo was at least able to complete his tertiary studies in accountancy. The skills he acquired were to prove more than handy when he announced his retirement from league football following the 1971 final series. He was 29, with 161 games and 49 goals to his credit. He spent the following season of 1972 as captain-coach of VFA club Port Melbourne (where, by coincidence, one of his players was his former coach at Carlton, Ron Barassi), before hanging up his boots for good to prepare for bigger things. 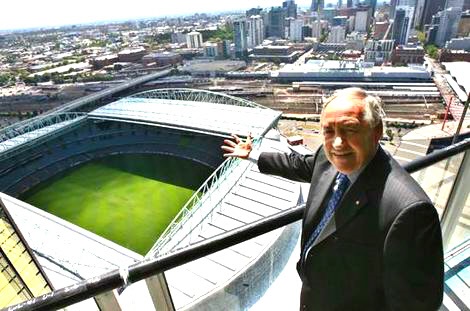 In 1981 Collo was appointed Secretary-Manager of the Carlton Football Club, a position he filled with distinction for twelve years. In this time the Blues won three more flags. In 1993 he became the AFL Director of Football Operations, and in 1999 was appointed CEO of Stadium Operations Ltd, responsible for the AFL's showpiece Docklands Stadium. He was elected to the Carlton Hall of Fame in 2001, and awarded an Order of Australia for his service to the game.

In 2002 Collo returned to Princes Park as President, heading a reform group that successfully ousted the administration of high-profile incumbent John Elliott. Collins had spent much of his time as Secretary under Elliott's tenure, but there was no love lost when Carlton under Elliott was found guilty of serious breaches of the AFL's salary cap regulations. The Blues were fined heavily and denied access to the best young players in the country for three years. It was a savage blow that plummeted Carlton to the lowest point in our history, and two wooden spoons in three years resulted.

Throughout this dark and bitter time, Collins and his board worked hard to limit the damage to Carlton's profile, prestige and financial position. Despite health scares brought on by the pressures of juggling two demanding jobs, Collo led the club through some of its darkest hours until he stepped down from the Presidency in April 2006, and was replaced by Graham Smorgon.