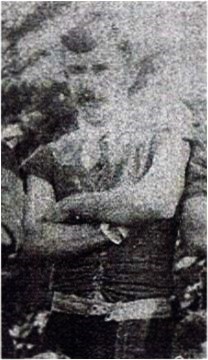 Harry O'Bern
Recruited from the Star of Carlton in 1884.

1884 April 26th. Season opening match;
O'Bern or O'Beirne played in the 4-0 win against a Waverley (23) at Princes Oval.
The Argus mentioned that he was among the better of the club's new players.

1884 May 10
Played his first Carlton senior game which was against Melbourne on the M.C.G.

The Football Record Round 1, 1912
"Good old Harry O'Bern who was a goal umpire for the League since the day of it's formation, has decided to wear no white coat this winter, which is another way of saying that the old 'un have given up umpiring.
He has been a conspicious figure in the football world for fully 30 years, and in his time played well for Melbourne and Carlton."