The above image is taken from the team photo of the Carlton Football Club's trip to Adelaide in October 1921.

At the age of 20, Seekamp volunteered for the Boer War in South Africa. He enlisted in the 5th. Victorian Mounted Rifles (V.M.R.) on 15 January 1901.
His surname in some records is Leekamp, perhaps a spelling mistake or an attempt to lessen the Dutch/Boer sounding name?
The Age Jan 24 1901 p11, published a list of men training with the Fifth Contingent at Langwarrin, amongst them is Seekamp. F. H., farmer, Pascoe Vale. (see photo below)
He was a Private (No.1041) and was awarded the Queens South African Medal.
Back in Melbourne he was employed by the wool firm Kurt Weiman.
As well as the Carlton Football Club, he was a member of the Melbourne Cricket Club, Coburg Harriers and the Melbourne Chamber of Manufacturers
Died suddenly on his 54th birthday at his residence "Craiglee" 60 New Street Brighton Beach. Interred at the Fawkner Cemetery. Pres. D. 4641 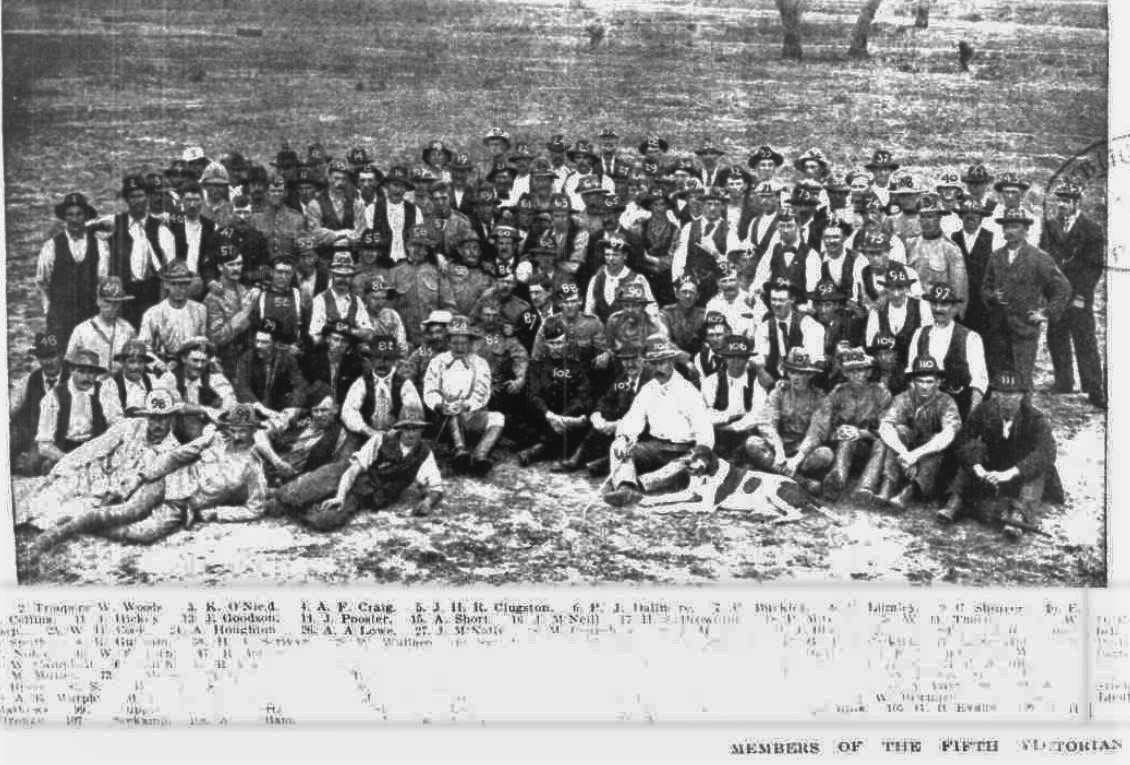 5th. V.M.R. training at Langwarrin (Vic), Seekamp is front row, fourth from the right, No.107
Amazingly Seekamp's name on the bottom row, is one of the few that has not been obliterated in the micro filming process.
Trove: Weekly Times February 09 (p09) 1901