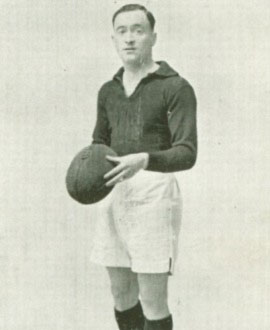 Wearing guernsey 9, Mutch played 7 games and kicked 3 goals for Carlton after debuting in Season 1926. Mutch actually ran out for the Blues in Round 1 of the season alongside Club Legend Harry Vallence.

Collingwood born Mutch had been with the Pies in Season 1924, he played 3 games for the Magpies during that season.