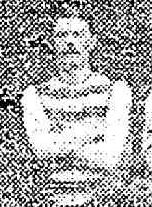 1887 CFC Annual Report, McDonald scored 1 goal in the Reserves during the season. (same player?)
A separate entry will need to be made for A. F. McDonald.

1893 McDonald transferred to Carlton from St.Kilda.
Played his first game for the Blues against his old side St.Kilda at the M.C.G. on the 27th. May, and scored Carlton's only goal.

1893 In the ruck and leading goal scorer with 26 goals.
(Centenary Souvenir of Carlton Football Club. p20)

1896
The West Australian newspaper reports that an A. F. McDonald from Carlton is playing for Fremantle, the Free Lance June 04 p16 confirms this.
He is named amongst other new players to the club from around Australia.
Ex Blues, McDonald and Jack "Jigger" Moorhouse played for Fremantle
McDonald of Fremantle scored 19 goals this season.
(May 16 p3) (Sept. 21 p2)

1896 May 07
"Mr. McDonald's kicking for Fremantle last week was much admired. He played with Carlton for the past two seasons, and was previously prominently connected with St. Kilda first 20." (Daily News p3)

Above F. McDonald is pictured in the Fremantle premiership team of 1896