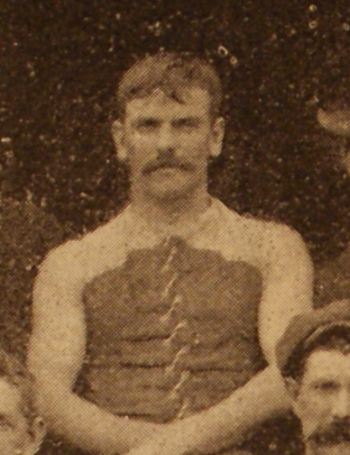 One of only 2 Walker's to have ever* played for Carlton, Dick Walker played 11 games, and kicked 7 goals, for the Blues after joining us for Season 1899 from Geelong, he also played for Newtown. In Walker's last game, Carlton would bring up its first ever win against Melbourne.

Whilst at Geelong, he played 14 games and kicked 10 goals.

* Two players with the name Walker played for Carlton in the V.F.A. Joseph James Walker 1883, and another Walker in 1893.