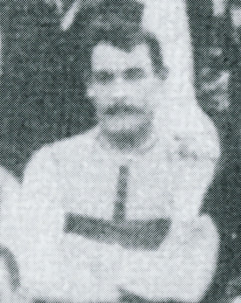 At this stage all we know of R. Salt is that he came from Williamstown.
Dick "Bloomer" Salt was one of the best players the Williamstown Club ever had, he joined Carlton along with his friend, South Wiliamstown's Don Murray. After a short time they both left The Blues and returned to Williamstown.

1890 May 3
Salt played in the Melbourne-Carlton match at the M.C.G.
He is mentioned as scoring a goal in The Argus newpaper's match report.

1891 Salt named in Carlton squad in the season opener against St.Kilda at the St.Kilda ground on May 2.

May have returned to Williamstown during the 1891 season as a player named Salt is in the team lists for the 'Town.

A person named Richard Salt of 58 Railway Place Williamstown passed away on November 05 1938 aged 74 years. (Born in Queenscliff circa 1864)
If this is Dick Salt then he would have been around 26 years of age when he joined the Blues in 1890. 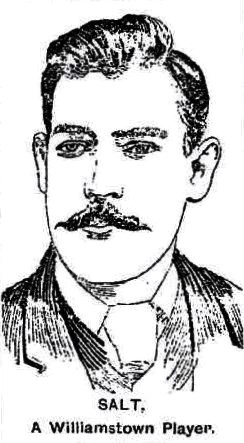