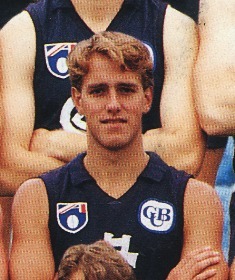 Damien Luke Sheehan was selected by the Blues in the 1993 Pre-season draft at pick 29, this was the Blues second pick overall. Sheehan was recruited from SANFL club Port Adelaide, he had previously played at Ramblers. Sheehan played at Port Adelaide in 1992, and from 1995 to 1999. In this time he managed 20 games and kicked 7 goals. 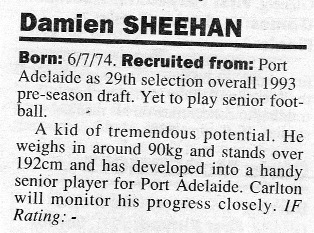