Clint Evans was placed onto the Blues Rookie list for the 1998 Season with its sixth pick, he was taken at Pick 86 (see below right). He was originally recruited from Berwick via Dandenong Stingrays U/18's. He also played as reserves top-up player for Collingwood and Melbourne in 1997.

In 2000, Evans played with VFL club Frankston, the following season (2001) he lined up with WAFL club Perth. 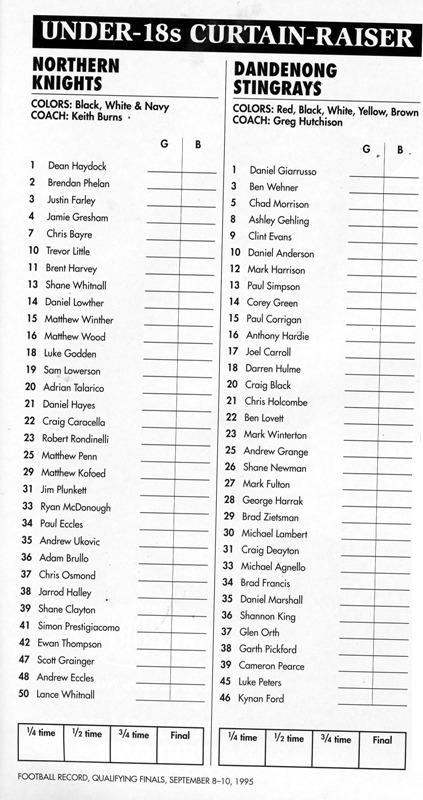 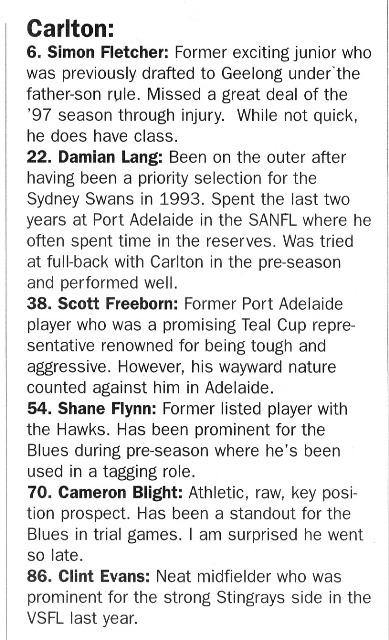