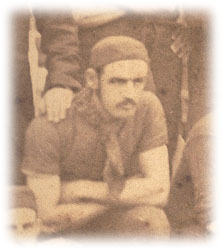 1880 Improved very much after his inclusion in the first twenty ranks, although not possessing the dash of his brother, is a player of considerable skill and determination.
(The Footballer. 1880. p23)

1880 Won the goal kicking competition in a kick off with John A. Turnbull (second) and Jack Spear (third) held at Princes Park, Saturday 9th. September.

C. Donovan was a member of the Carlton tour side to Adelaide in 1881.
(The Carlton Story, H.Buggy and H.Bell, p50)

1884 Charles Donovan was presented with an illuminated address for services to the club at the Carlton general meeting held Friday 4th. April.

1889 August 17
Charlie Donovan played for the Blues in an ex players match against former Pivotonians at Geelong to raise funds for the local hospital.

1903 January 30
Mr. Charles Donovan a prominent Carlton footballer of some years back, and latterly well known as a traveller for Messrs. Patterson, Laing and Bruce, died on Saturday at a private hospital. (Corowa Free Press p2)