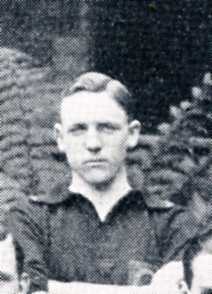 
Also spending time at Fitzroy and Hawthorn, Scharp played 7 games and kicked a single goal for Carlton after debuting in Season 1930. He was born in Kew, and spent time at the following football clubs; Scotch College, University Blues and Kew, the latter being the club the Blues recruited him from.

In 1933, Scharp bobbed at two rival VFL clubs Fitzroy (2 games) and Hawthorn (1 game). Scharp played rounds 8 and 9 for Fitzroy and round 10 for Hawthorn of the 1933 season. The irony was that in rounds 9 (Fitzroy) and 10 (Hawthorn) he played against his old club Carlton on both of these occassions.

1935, The Corowa Free Press May 10 (p6) reports that Scharp a former Carlton player is now coach of the Yarrawonga Football Club.