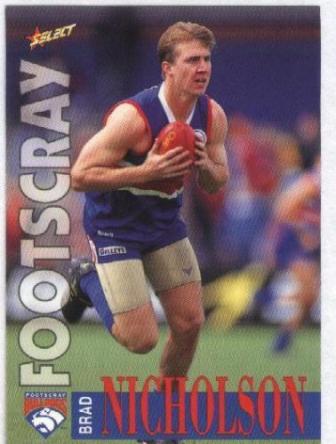 Nicholson was drafted by Footscray in the 1992 National Draft. He was on the Bulldogs list from 1993 to 1996 in which he played 34 games and kicked a goal.