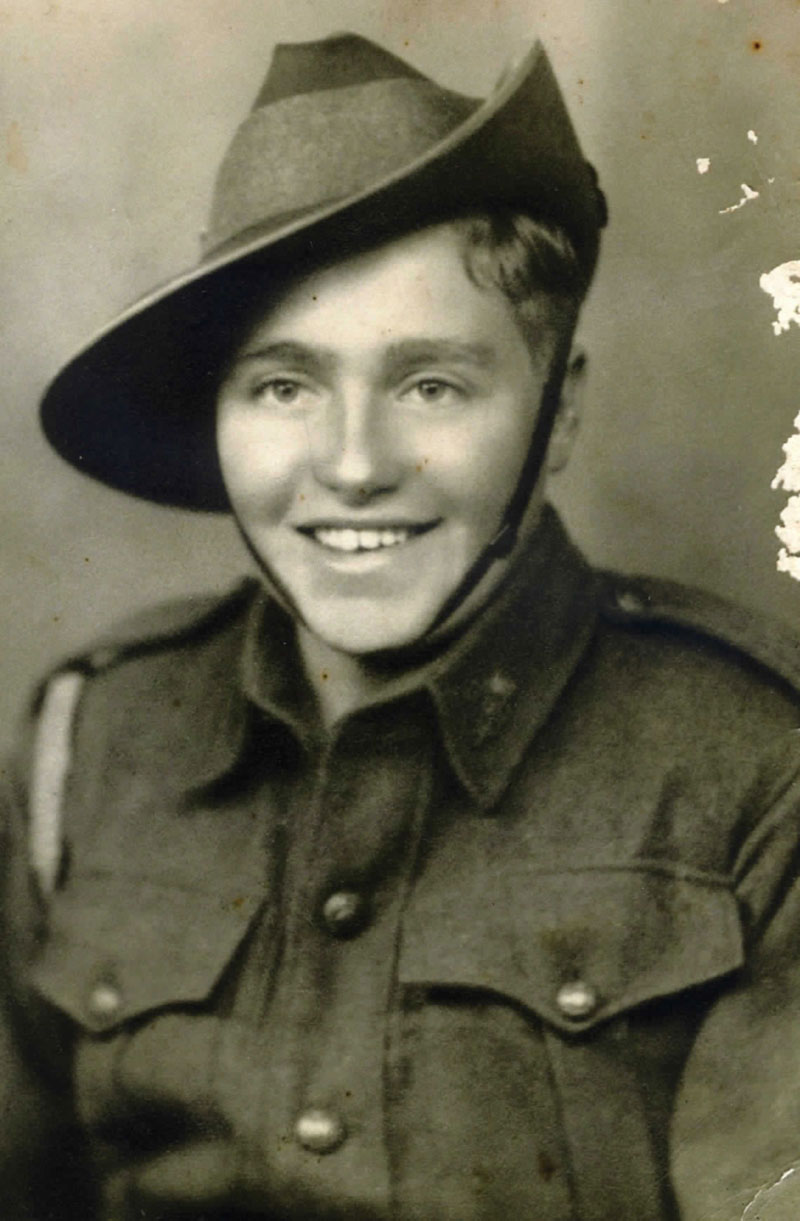 Basil Hunter was born in Carlton in 1925, and only a few weeks after his 19th birthday enlisted to fight for his king and country in World War II. Assigned to the 24th Australian Infantry Battalion in 1943, he spent the next three years helping to drive the invading Japanese army out of New Guinea and the nearby Pacific islands.

Soon after the final surrender of the Japanese in August 1945, 20 year-old Hunter was discharged. Almost as soon as he arrived home, he resumed where he left off, by playing football with the uniquely-named Explosives team in a local Saturday morning competition. From there, he made his way to Princes Park, and was selected to play for the Navy Blues for the first time in July 1948, when Carlton hosted Geelong in a round 14 match that was vital to the Blues’ chances of making the finals.

Hunter sat on the bench as one of two reserves that afternoon, and must have thought that a dream was coming true when Carlton steamrolled the Cats by a mammoth 91 points. Champion ruckman Jack Howell dominated the match to kick 8 goals, while rover Herb Turner capitalised on ‘Chooka’s’ superb ruckwork to boot 5 more.

That good form continued the following week with another big win – this time, by 68 points over Footscray at the Western Oval. Hunter began the game on a wing (alongside his captain Ern Henfry), while star half-forward Ray Garby took his turn on centre stage with six classy goals. The Blues then made it three wins on the trot by knocking over arch-rivals Collingwood at Princes Park in round 16. However, just as the finals seemed to be beckoning, the wheels fell off the Carlton wagon.

At Windy Hill in round 17, Hunter shared the roving duties with ‘Stumpy’ Turner. He achieved a personal highlight when he kicked both of his career goals, but Essendon proved far too good and put Carlton’s finals hopes to the sword with a 34-point victory. Hunter was then omitted from the senior team for the last game of the season, against Melbourne at Princes Park.

The Demons won that tough scrap by 9 points, and the Blues wound up sixth on the 12-team ladder. Either by intent or circumstance, Basil Hunter walked away from the game after that, and never played at VFL level again.