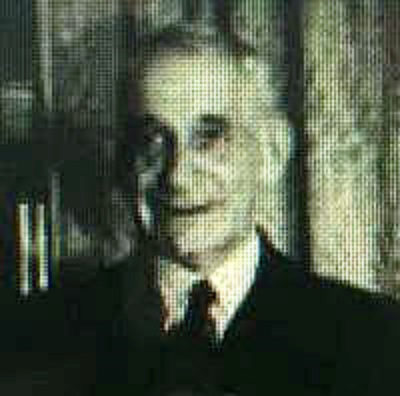 
Recognised as the first Carlton player of Jewish descent, Barnett Joseph Lazarus was born in London in 1879. Six years later, he and his family migrated to Australia. After 18 months in Sydney, they moved on to Melbourne, where Barnett became “Barney” as he grew into a capable footballer with Princes Hill and Carlton Juniors.

In 1902, when Jack Worrall was appointed coach of Carlton, the Blues embarked on a recruitment drive that drew a host of new faces to Princes Park. Among them was Lazarus, who was given his opportunity at senior level for the first time in June of that year when the Navy Blues travelled to Geelong for an historic match.

At that time, Carlton had not beaten the Pivotonians in the five seasons since the inception of the Victorian Football League. But on this cold and windy afternoon on the shores of Corio Bay, the Blues held firm against the wind in the last quarter to triumph by 4 points. Stationed on a half-back flank, Barney did enough to convince Worrall of his potential, and went to play six of the next seven games for two wins and four losses - including round 15, 1902 at the MCG, when the Melbourne Fuchsias got hold of the Blues and inflicted a heavy defeat. Lazarus was one of five players who were omitted from the team for the following match, and never played for Carlton again.

At some point after finishing up at Princes Park, Barney returned to Sydney, where the NSW Australian Football History Society records that he played for the Redfern Football Club from 1907 to 1910. During that time he also represented a Combined Sydney team in matches against South Melbourne, Fitzroy and South Australian club Norwood, and was selected to play for New South Wales against Geelong, Collingwood, Queensland and North Adelaide.

Apart from those few details, little is known of Barney’s life after his football career ended. He married in 1912, raised a family and died 50 years later on May 6, 1962 at the age of 83. He was laid to rest at Sydney’s Rookwood Jewish Cemetery.

The image above of Barney Lazarus is the only one the Blueseum has managed to uncover so far. Obviously, it was taken many years after the end of his playing days.