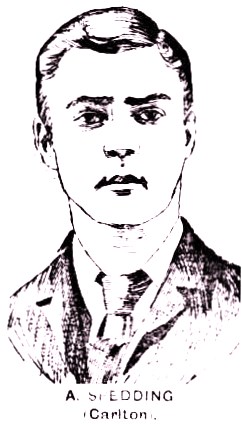 
Alfred Ernest Spedding
Believed to have played a game under the pseudonym of 'Jessop' (Origins of Australian Football Vol. 5 p56)

There was some confusion whether there were two players named Spedding. Some reports mention H. Spedding and others Alf Spedding.
It is now believed to Alfred (Alf) Ernest Spedding.

1891 April 25
Spedding played in the pre-season match against the Combined Juniors at the East Melbourne C. G. 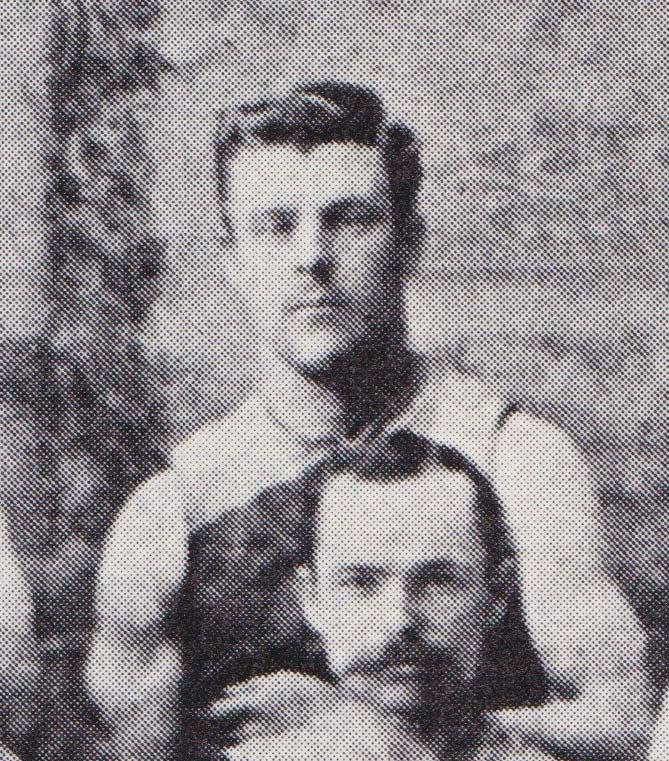 1891 May 02
The following week Spedding made his debut for Carlton in the opening round of the season, in the match against St.Kilda at St.Kilda.

1891 Mentioned in 7 games and named in another 13 team squads.
He also played other matches.

1892 Spedding mentioned in 9 games and named in another 6 team squads.
He also played in the North vs South "Mornington Relief" charity game on Wednesday June 8, and in other matches.

1892 September 24
Spedding's final game was against Collingwood at Victoria Park.

Alf Spedding was mentioned as a top performer in 1892.
(The History of The Carlton Football Club, Brian Hansen p83)

1892 Spedding was reported for striking Kearney of Geelong in the match on September 17.
On October 14 the V.F.A. suspended Spedding for next season in all matches in the months of May, June, July and August, 1893.


Above; H. Spedding is named in the 1891 CFC team photo, but, Blueseum believes it is a misprint and is Alf Spedding then aged 23
Origins of Australian Football Vol 4 only lists A. Spedding 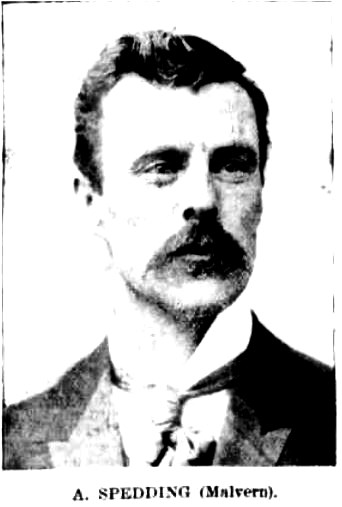 His name does not reappear in the Carlton team lists.

1893 July 22
The Queenscliff Sentinal reported that Spedding, ex Carlton, is playing with Portarlington.