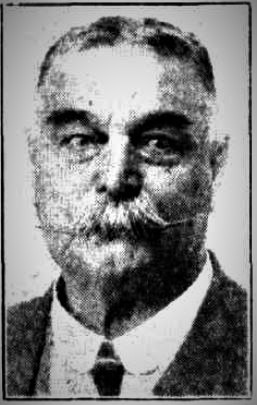 Recruited from Shepparton.
1889 April 13
West was named in a 23 man Carlton squad that played a pre season match against Britannia on the Princes Oval.

Details of the Second Twenty are scarce, Blueseum can't find a West playing in 1888, however, West does appear in a number of Carlton Second Twenty teams in 1889.

The Herald August 12 1927 (p13) wrote about the visit of the Western Australian team to play Victoria in Melbourne.
"Among the visitors is Sergeant Alf West, of the West Australian police force - a chubby block of a man, whose beaming smile proclaims that he is satisfied with the lot of the policeman. With him it is happiness; Gilbert and Sullivan to the contrary.
Old-timers of Carlton will have not forgotten Alf West, who played for their second twenty in 1888, and who in that year was the fast bowler for the Cirassian cricketers, winners of the Charles Cup. They used to practice on a block of ground in Drummond street, near Victoria street, but they could not recognise the locality now owing to the buildings that have been reared on it.
In one match West played for the seniors, who were captained by Tommy Leydin, and for whom such well-known footballers as Billy Strickland, Jack Roberts, Phil McShane, Hannah, Moorhouse, McKechnie, and Sutton played.
Sergeant West mentioned more names, and said that the barrackers and the team had a little war song in those days. He had never forgotten the chorus, and warbled pianissimo to the tune of "Killaleo" :

"It's not beneath my station
To give you information
I tipped the Carlton lads before
And tipped them very true,
If the red and white are daisies
And worthy of all the praises,
They'll have to fight, with all their might,
To beat the White and Blue."

The gold fields of Coolgardie lured him to the West, and being a printer in those days, he won his gold - £1 pound a day as a compositor on the Coolgardie Miner.
He played football there, and in Albany. Then in 1894, he was standing at his case of type in a Perth newspaper office, setting an advertisement by the Government, in which it was announced that 25 candidates for the Police Force was required."

Here is the Royal Irish Regiment playing Killaloe, courtesy of youtube.
https://www.youtube.com/watch?v=Dn1NWTLkocQ
Perhaps someone can put the lyrics to this tune?
The Herald August 12 (p13) 1927 article in full.
Herald article> http://nla.gov.au/nla.news-article244194661

Alf West died aged 64 served in the WA Police for 39 years in many towns from Wyndham to Esperance, he was buried at Perth's Karrakatta Cemetery, C of E section