Adam Mathews spent 4 years at Carlton but failed to play a senior game, largely due to a bad run with injury. He was an exceptional talent, but his body wasn't tailored for the rigours of AFL football, anyone who seen him in full flight would attest to his ability.

Originally drafted from the Murray Under 18's with Pick 92 of the 1999 National Draft, at 198 cm, he was expected to be developed as a ruckman and occasional forward. He played most games in the VFL in 2000 but was sidelined for most of 2001 with a back injury. He was delisted at the end of that year but rookied for Season 2002, but was again sidelined for most of that year with a shoulder injury. He was promoted back to the senior list for 2003 but continued to be troubled by shoulder problems for most of the season, managing just 4 VFL games late in the year before suffering an ankle injury. He was then delisted.

Mathews, the cousin of Swan Ben, appeared to show much promise to the Carlton hierarchy, but was never able to play consistently as a result of constant injuries.

His best season was 2000 when he played 18 games and scored 5 goals for Carlton's VFL side before been injured at Sandringham in the first five minutes of that game, he then played 4 games for 3 goals in 2001 and 6 games for 11 goals in 2002 for a total of 28 games and 19 goals for Carlton's VFL side and in 2003 when Carlton joined with the Northern Bullants he played only 3 games for 1 goal, before being delisted.

Injury ruined Mathews when he looked like making it. He had most of the attributes we recognize in Shaun Hampson, but he was a permanent fixture in the medical rooms. We lost out badly with a guy who could have been something.

Ratten's retiring hurt
Carlton will move retired captain Brett Ratten to its long-term injury list to save midfielder Jon McCormick from having to return to rookie status. McCormick, who was last week dropped to the Blues' VFL side for the first time this year, had been faced with the prospect of moving back to the rookie list so that young ruckman Adam Mathews could play.
Mathews has recovered from the dislocated shoulder that put him on the long-term injury list at the start of the year and should play his first game for the Northern Bullants this week. But the Blues have been able to keep McCormick, who had taken Mathews' spot, available for senior selection by moving Ratten to the long-term list. The skipper quit last week upon learning the shoulder he injured against Fremantle in round 10 would not allow him to play again this season. "Jon played in the VFL last week, so obviously he's going to have to get his spot back. But he's available to play," said Carlton football manager Col Kinnear yesterday. "Brett is still on our list even though he's retired, but he obviously couldn't play again this year with the injury, so that's why we've been able to move him." Mathews has had a disappointing few seasons since being drafted by Carlton. He was delisted at the end of 2001 and placed on the rookie list, only to miss most of last year with the shoulder injury. - The Age; 23rd July, 2003


Carlton recruited Mathews from the Murray Bushrangers U/18's, previous to that he had played at Corowa-Rutherglen and Wahgunyah.

He did not play a senior game with Carlton.

2003 Inside Football Profile
A young ruckman delisted at the end of 2001 but given an opportunity on the rookie list last season and did enough to earn a recall, despite only a handful of VFL games due to a shoulder injury. 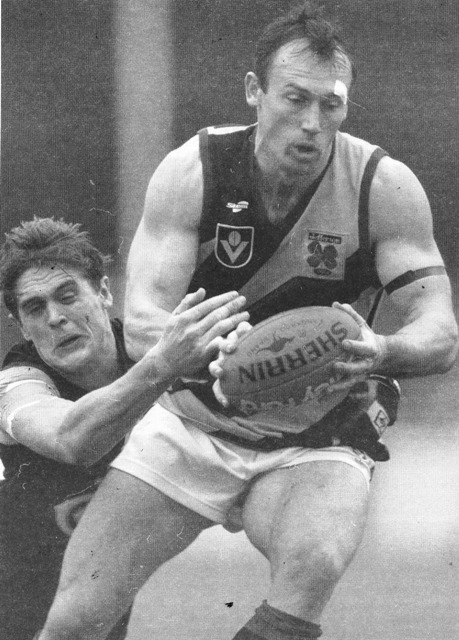 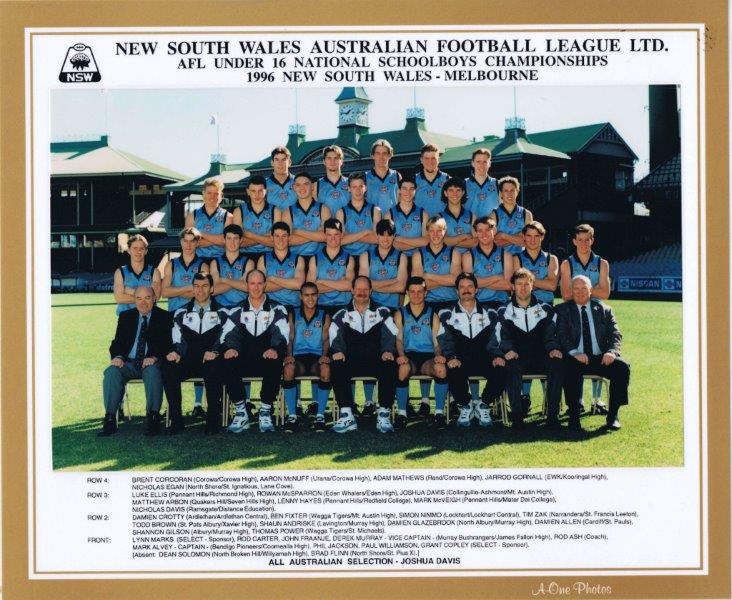 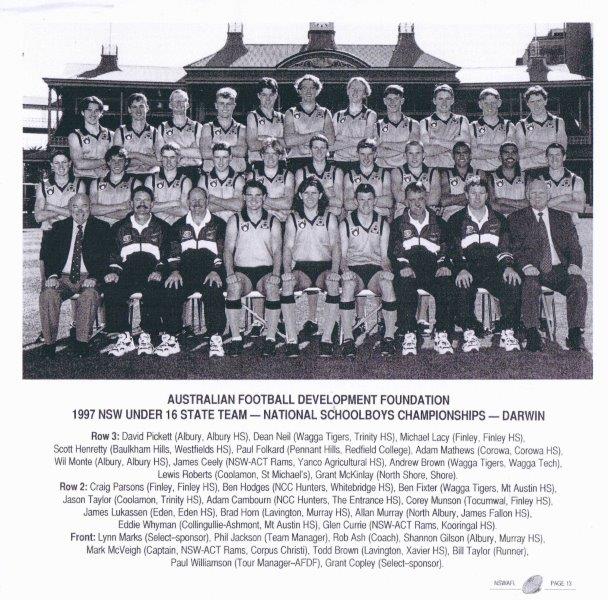 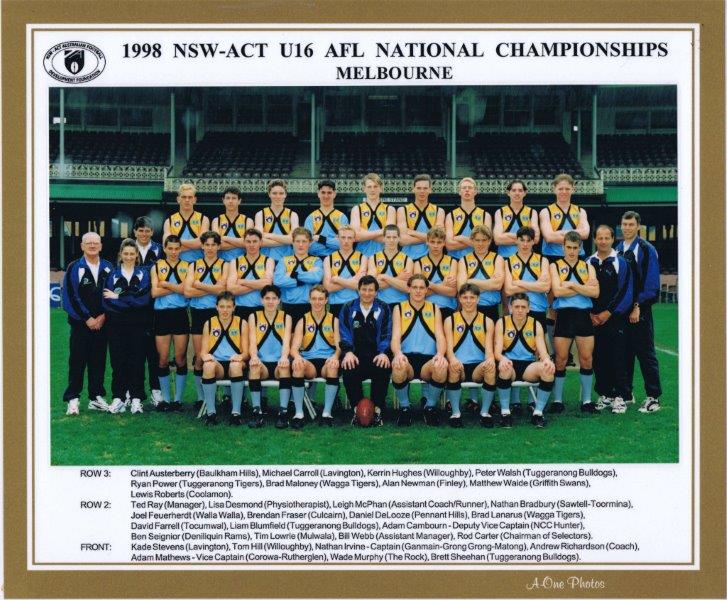