The Blues smashed Richmond in the opening round of the Pre-Season Cup, a pre-season of great interest to the Blues given our near-yet-far performances over 1993 - 1994. We debuted a few new players, with Scott Camporeale playing exceptionally well in his first of many great games for Carlton. Also new was Alan Thorpe, who kept Carlton in the game with his 6 goals (although never managed a senior game), and James Cook finished with 5 goals.

Of additional interest for this game for those with long memories, was the appearance of Ang Christou's private parts for those watching closely on a run through the middle. It's still available on YouTube for those who want to see it for themselves.

As a side note, Field umpire D. McCauley was replaced in the 2nd Quarter by emergency umpire M. McKenzie after McCauley and Brett Ratten collided. 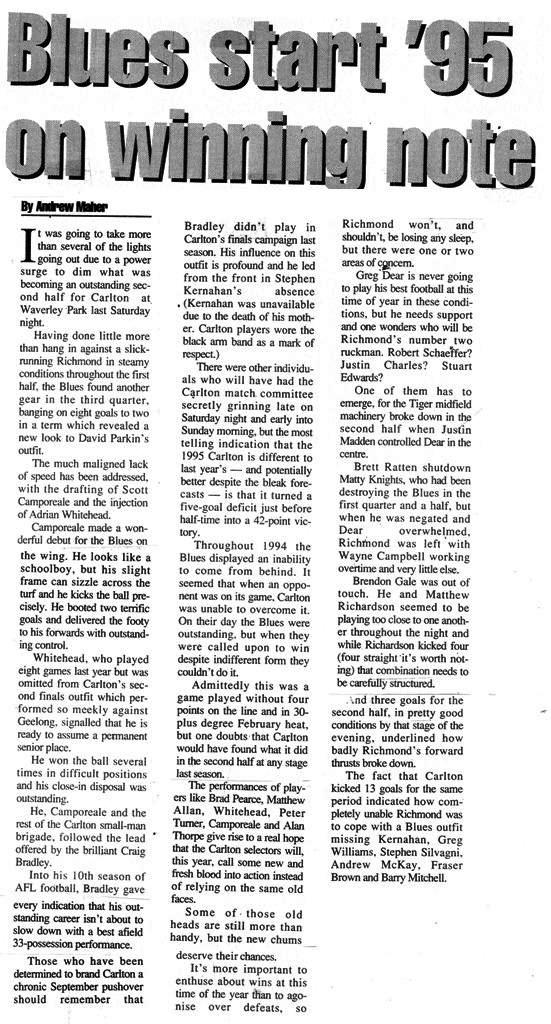 St. Kilda hit the front inside the last 2 minutes of the game when Brad Pearce knocked the ball back from boundary line on the outer wing to Craig Bradley and missed hit to a St. Kilda player, who sent it up field for a St. Kilda goal and with the last kick of the night Carlton missed the change to win the match. 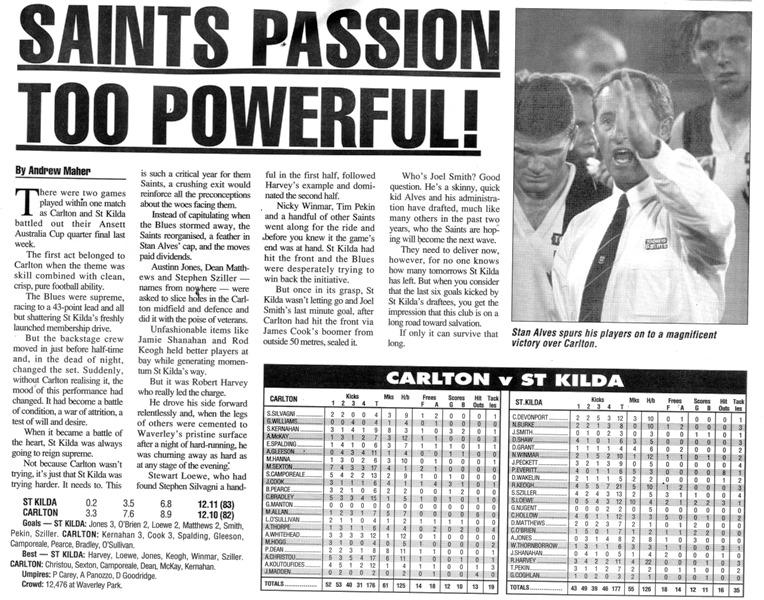